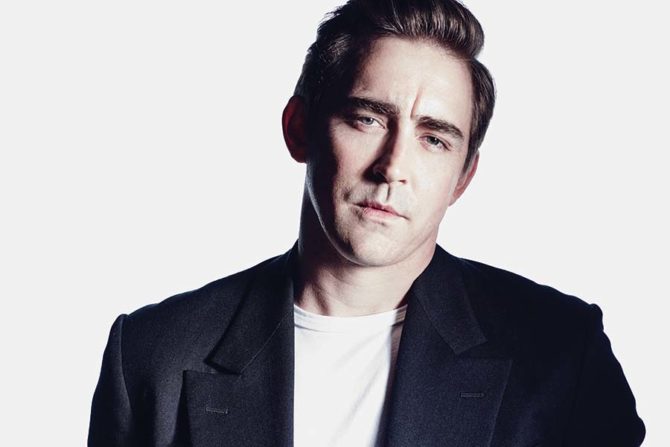 Actor Lee Pace is opening up about the awkward way he came out publicly earlier this year.

The Angels in America star made headlines in March when an interviewer with W magazine kinda sorta nudged him out of the closet by asking him about his sexuality.

“I’ve dated men [and] I’ve dated women. I don’t know why anyone would care,” Pace replied, defensively. “I’m an actor and I play roles. To be honest, I don’t know what to say—I find your question intrusive.”

After the interview, Pace said the question caught him off guard then took to Twitter to better explain himself:

In a recent phone interview, I was asked questions that I wasn’t expecting and found myself momentarily at a loss for the right words. My privacy is important to me, so I protect it. When interviewed by the media, I keep the focus on my work.

As a member of the queer community, I understand the importance of living openly, being counted, and happily owning who I am. That’s how I’ve always lived my life…

Now, in a new interview with The New York Times, 39-year-old Pace explains how the question took him back to his youth, growing up in suburban Texas.

“The truth is,” he says, “when you grow up queer, you get tough. And perceptive. And you learn how to field it. When someone comes at you that you don’t know, interested in that area of your life, it’s not always a good thing. I certainly knew that when I was a kid.”

Related: Everyone has an opinion about Lee Pace coming out

Even after he left Texas moved to New York, Pace says he’s dealt with people interrogating him about his sexuality.

I remember when I signed with a new agent, we worked together for a year. He took me to some coffee shop in the middle of the afternoon and I knew he wanted to talk about something. He said, ‘I heard you’re gay, is that true?’ I said, ‘Is that a problem?’ And of course he said, ‘No, fine, just felt like I needed to know.’ But within about a year, he was no longer working with me.

Looking back on the whole thing, Pace says the W article fiasco ended up being a blessing in disguise as it ended up offering an “opportunity to participate” in the LGBTQ community in a way he hadn’t before.

“Once you say those words and the sky doesn’t fall down, or the earth doesn’t open up, a lightning bolt doesn’t zap you,” he says, “you really can be anything.”

“It feels nicer,” he adds, “than I ever thought it would be.”

Pace also mentioned that he’s dating someone, but, staying true to his claims that privacy is important to him, he would not divulge any information other than to say the person is “a fashion executive.”

Cassandra Peterson, the gay icon that came out as part of the family