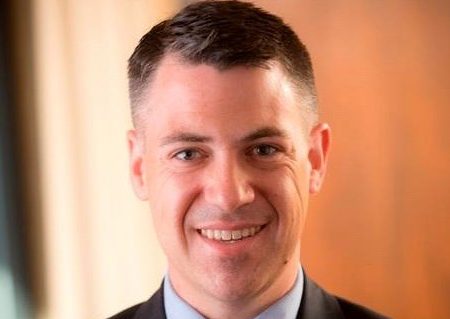 Meet Jim Banks. The 40-year-old Republican is the U.S. Representative for Indiana’s 3rd congressional district and is currently on a crusade to rid America of pornography once and for all.

Banks, a religious freedom fighter who opposes same-sex marriage and supports the trans military ban, recently sent a letter to Attorney General William Barr imploring him to enforce existing obscenity laws he says have been ignored by the Trump administration.

The one-page letter was co-signed by three other Republican lawmakers–fellow homophobe Mark Meadows of North Carolina, religious freedom fighter Brian Babin of Texas, and Vicky Hartzler of Missouri, who threw women under the bus when she voted against the Violence Against Women Act in 2013.

As the father of three young children, I’m increasingly worried about the country they are inheriting. While we live in…

“The Internet and other evolving technologies are fueling the explosion of obscene pornography by making it more accessible and visceral,” the letter states. “This explosion in pornography coincides with an increase in violence towards women and an increase in the volume of human trafficking as well as child pornography.”

The letter, which offers no actual evidence to support its claim that pornography has caused an increase in human trafficking, violence, and abuse, goes on to say that laws “prohibit distribution of obscene pornography on the Internet, on cable/satellite TV, in hotels/motels, by retail or wholesale establishments, and by common carrier,” but that enforcement of the law ended when Obama’s first attorney general, Eric Holder, disbanded the Obscenity Prosecution Task Force.

Now, they want that task force brought back. Immediately!

“Given the pervasiveness of obscenity it’s our recommendation that you declare the prosecution of obscene pornography a criminal justice priority and urge your U.S. Attorneys to bring prosecutions against the major producers and distributors of such material,” the letter continues.

Banks and his fellow lawmakers also note that Trump signed an anti-pornography pledge as the Republican nominee in 2016.

“This asserted that, if elected, President Trump would enforce federal obscenity laws to stop the explosion of obscene pornography,” the lawmakers write. “This pledge has so far been ignored in the Trump Administration with the result that the harms of illegal pornography have continued unabated, affecting children and adults so acutely to the point that 15 state legislatures have declared that pornography is causing a public health crisis.”

Given his very strong feelings about this issue, we can only assume Banks has never, ever, ever watched porn–hardcore, softcore, amateur, anything–in his life. He’s probably also never sent a sext or asked for another person’s nudes.

Queerty put in a request to his office asking for an un-redacted copy of his personal internet browser history but we never heard back. Go figure.

Related: Our nation’s leaders are a bunch of perverts, according to the people who clean their offices