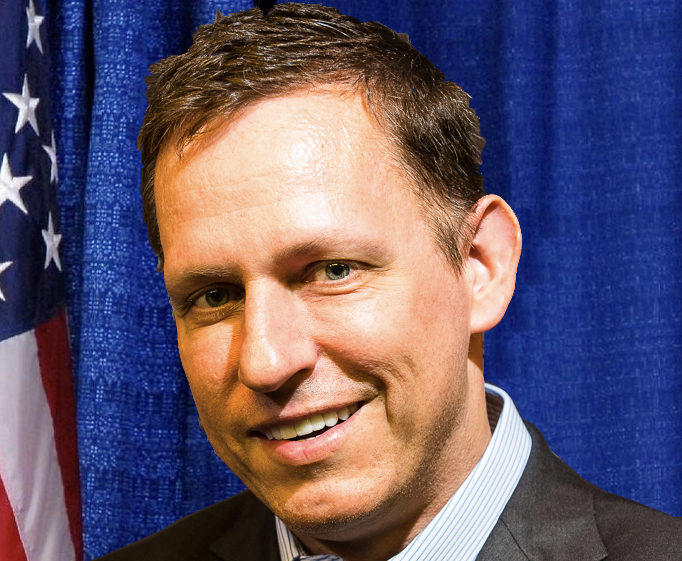 When Silicon Valley billionaire Peter Thiel threw his support–and dollars–behind Donald Trump‘s 2016 presidential campaign, the argument in his defense was that Trump was a political unknown and probably not as bad as Democrats made him out to be.

Now that Trump is in the second year of his term, we know that the argument was not quite correct. Trump is far worse than Democrats made him out to be–corrupt, bigoted, incompetent–and enabling an anti-LGBTQ movement inside and outside the federal government spearheaded by his Veep.

Yet that hasn’t stopped Thiel from continuing his support for the president and doing his best to make sure that Republicans can continue to ignore Trump’s worst behavior.

It’s not as though Thiel doesn’t recognize Trump is a bully and boor. It seems that Thiel somehow prefers those characteristics.

“I fully understand why people think of President Trump as a rude, mean person,” Thiel said, showing a gift for understatement recently at an event in Sao Paolo. “But I think that’s often better than telling beautiful lies about the way the country is working.”

Indeed, Thiel thinks that under Trump, things have improved.

“With all the flaws, all the challenges the Trump administration’s had, I believe it was incredibly important to articulate certain things about how our political institutions and our society were not working as well before,” he argued.

Some of Thiel’s affection for the president seems to be a shared disdain for trying to unify people, which is often characterized as political correctness by the right. Compared to Trump, Thiel says, the candidates who came courting him and his money were “zombies.”

“They couldn’t say anything different other than programmed ideological soundbites,” Thiel said, adding that Trump is “a very healthy corrective to that.”

Thiel’s affinity for the president also seems to be tied to Thiel’s own unique philosophy. Based on his own past comments, Thiel isn’t much bothered by the niceties of democracy, which he doesn’t believe is compatible with “freedom.”

In fact, policy isn’t really what Thiel seems to be concerned with. Instead, he seems influenced by Silicon Valley’s mantra that disruption is good. And Trump is nothing if not disruptive.

A look at Thiel’s political history shows that this support of Trump is totally in character. In 2012, Thiel’s money singlehandedly kept Ron Paul’s quirky campaign afloat. Paul believed in abolishing federal agencies, including the IRS, and returning to the gold standard. He also had the kind of problem with racist associations that plagues Trump.

Then there’s Ted Cruz. Cruz’s brand of homophobia was no hindrance to Thiel, who funded the Texan’s Senate campaign when Cruz was an underdog. Until Trump came along, Cruz was the epitome of the disruptive politician, forcing a shut down of government in a useless attempt to kill Obamacare, despite the harm it did to his fellow Republicans.

All of which points to Thiel being more interested in blowing things up than accepting the current system, flawed as it is. Thiel prides himself on being a big thinker (seasteading, anyone?), so the usual issues that LGBTQ voters focus on, like marriage equality, transgender military personnel, and workplace protections, seem to strike him as not terribly important even though he took advantage of the changes in the law to marry his male partner last year.

Of course, Republican economic policies have benefited Thiel and his fellow billionaires tremendously. That may be why Thiel has once again opened his wallet this year. According to recent Federal Election Commission filings, Thiel contributed more than $100,000 to the Republican National Committee, which will help in their efforts to keep Congress under GOP control. The pro-Trump super PAC America First Action has been courting Thiel as well. No word yet on whether Thiel has contributed to Ted Cruz’s re-election campaign.

Related: 5 reasons we love Beto O’Rourke (and not just because we hate Ted Cruz)

If Trump’s endless assaults on the LGBTQ community, to say nothing of screwy trade policies, haven’t had an impact on Thiel’s support for the president by now, nothing ever will.

Get ready to see Thiel back on the podium at the 2020 Republican Convention, praising the president.