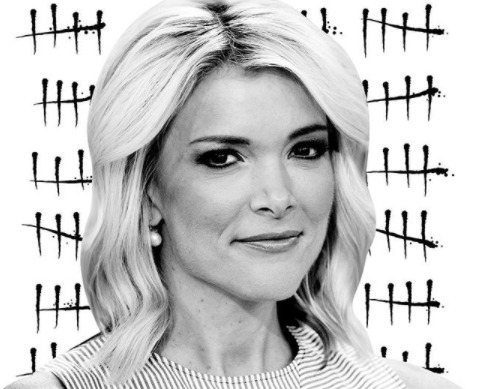 It’s another bad week for Megyn Kelly. Page Six reports that her flailing new morning show took a monster hit in its second week ratings and execs are growing more “alarmed” with every episode.

According to Nielsen numbers, the show closed out last week averaging 2.2 million total viewers and 0.5 in the adults 25-54 demographic, down from 2.5 million viewers and 0.6 rating in the key demo the previous week.

Related: ‘A bad smell’: None of ‘toxic’ Megyn Kelly’s NBC coworkers want anything to do with her

To make matters worse, the overall viewers for Megyn’s second week were down 24% from that same week one year prior, when Al Roker, Tamron Hall, and Billy Bush were hosting the show. And there was an even bigger dip in the key demo, which was down 38% from that week.

Megyn’s toxicity has been seeping into other shows as well, and the damage is proving to be far worse than people initially thought.

“They’ve taken a huge hit with Megyn as their lead-in.”

That’s right, folks. Kathie and Hoda have lost over a quarter of their viewers since Megyn came along just two weeks ago.

Another source tells Page Six, “Too many people are tuning out NBC. Hoda and Kathie Lee had been a bright spot in the mornings. People are alarmed.”

The source adds, “The format for Megyn’s show doesn’t make sense. Her show distracts from the ‘Today’ franchise.”

But it’s not just the format. Megyn herself has a little something to do with it. Between her failed attempt at a gay joke, pissing off Debra Messing, and crossing Jane Fonda, paired with her long history of making racist remarks on FOX News, she’s created what one insider called earlier this week “a bad smell” at the network.

Another NBC insider called the entire Megyn Kelly experiment “an implosion,” telling Vanity Fair last week, “Everyone is surprised at how quickly it’s gone badly. People are just like, ‘oh my god.’”