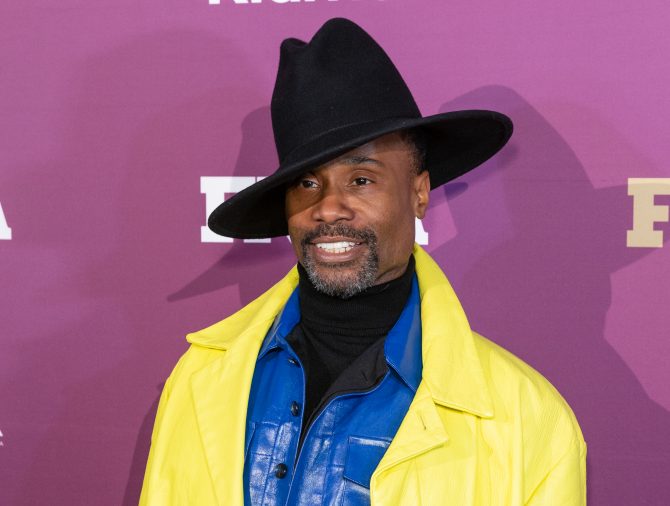 Billy Porter’s latest dance single is titled “Love Yourself,” but a ton of other celebrities are feeling the love for the Emmy winner, too.

For the track’s music video, many of Porter’s Pose costars and famous friends lip-sync along to the affirmation anthem, which hit No. 1 on the Billboard Dance Club Songs chart.

Related: Billy Porter on becoming a leading man: “I read these scripts and I just weep”

“What a gift it is to be celebrated by my peers and afforded a moment for me to reflect. I don’t get a lot of time to do that,” Porter said in a statement, per PEOPLE. “How blessed I feel to have lived long enough to see this day. Thank you, everybody! Thank you for listening! The category is … LOVE.”

Related: Billy Porter opens up about how homophobia almost ruined his career

Porter, who married husband Adam Smith in 2017, has been on a roll lately: He won a Tony for Kinky Boots in 2013, he became the first openly gay black man to a lead drama actor Emmy earlier this year, he’ll appear in the comedy film Like a Boss next month, and he’s gearing up to play the Fairy Godmother in a big-screen adaptation of Cinderellaopposite Camila Cabello and Idina Menzel.