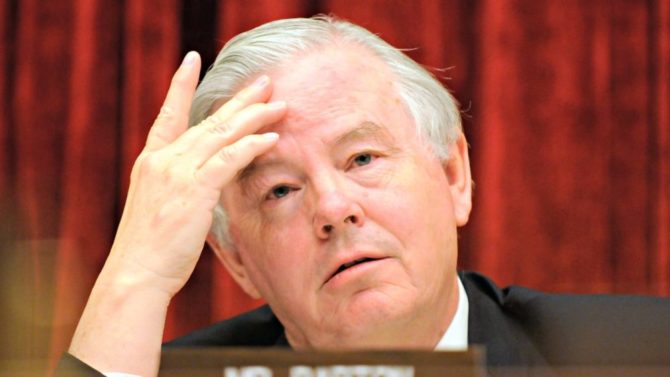 Here’s something we definitely could have done without…

Shortly after announcing his bid for reelection, a nudie photo of GOP Texas Congressman Joe Barton has found its way onto Twitter.

Barton, who is the longest-serving member of the Texas House delegation, sent an x-rated photo to a woman showing off his robust belly along with a text that said, “I want u soo bad. Right now. Deep and hard.”

Barton, who opposes same-sex marriage, responded to the leak by saying, “While separated from my second wife, prior to the divorce, I had sexual relationships with other mature adult women. Each was consensual. Those relationships have ended.”

He added, “I am sorry I did not use better judgment during those days. I am sorry that I let my constituents down.”

The 68-year-old says he does not plan on resigning.

In 2010, Barton backed the Republican Texas State Party Platform that called for the re-criminalization of sodomy and making gay marriage a felony. He also believes the Bible should be the law of the land, not the constitution.

This begs the question: When does the public stoning start?