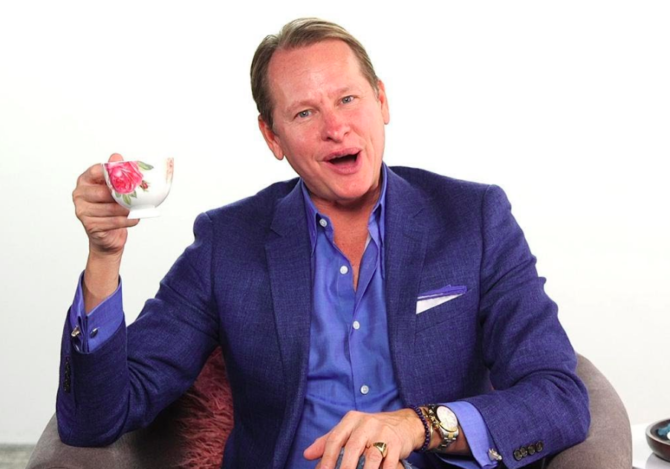 Everyone’s been talking about comedian Kevin Hart and the 40+ antigay tweets that resurfaced from his Twitter page last week. The tweets included gay jokes, AIDS jokes, and homophobic slurs and ultimately resulted in Hart withdrawing from hosting the 91st Academy Awards.

Our pal Lamar Dawson over at NewNowNext caught up with Kressley on the red carpet at Cyndi Lauper’s Home for the Holidays concert where he asked the former Queer Eye star for his two cents on the whole scandal.

“Don’t mess with the gays,” Kressley said without missing a beat. “That’s all I have to say.”

49-year-old Kressley continued, “It’s unfortunate when that happens. It’s not great for anybody, but I’m sure they’ll find someone magnificent and wonderful and will do a killer job.”

We caught up with our friend @carsonkressley at Cyndi Lauper’s LGBTQ benefit concert last night and asked him what he thinks of the #KevinHart controversy. He says: “Don’t mess with the gays!” ??????

Asked who he’d like to see replace Hart as host for the 91st Academy Awards, and Kressley wasted no time making a suggestion.

Kimmel hosted the both the 2017 and 2018 Academy Awards. In the past, he has also hosted the Primetime Emmy Awards, the American Music Awards, the ESPY Awards, and the White House Correspondents’ Dinner.

According to his list of TV credits on Wikipedia, he will again be hosting the Academy Awards in 2019, but this has not yet been officially confirmed.