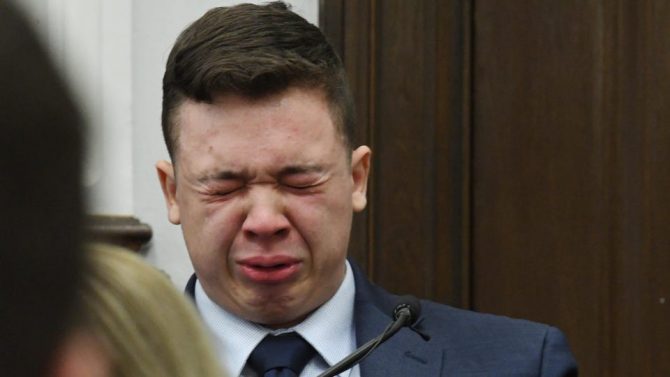 Some of the most toxic straight white cis dudes in Congress are currently engaged in a pissing match to make Kyle Rittenhouse their intern.

After being found not guilty in his highly publicized homicide trial last Friday, the 18-year-old has received multiple offers to work for prominent Republicans in Washington, D.C.

Accused teen sex trafficker Rep. Matt Gaetz of Florida was the first to offer Rittenhouse a gig, posting on Twitter ahead of the verdict: “Kyle Rittenhouse is not guilty and deserves a not guilty verdict. In fact, he’d make a great Congressional Intern.”

Next was accused sexual predator Rep. Madison Cawthorn of North Carolina, who took to Instagram to cheer Rittenhouse’s acquittal and encourage Americans to “be armed, be dangerous, and be moral.”

“Kyle, if you want an internship reach out to me,” he captioned the story.

And then came noted homphobe Rep. Paul Gosar of Arizona, who said he would “arm wrestle” Matt Gaetz to hire Rittenhouse first, tweeting: “Justice was served for #KyleRittenhouse and he is fully exonerated. As I said last year, obviously self-defense. I will arm wrestle @mattgaetz to get dibs for Kyle as an intern.”

Justice was served for #KyleRittenhouse and he is fully exonerated. As I said last year, obviously self-defense.

I will arm wrestle @mattgaetz to get dibs for Kyle as an intern. https://t.co/kon65IB1d9

Rittenhouse’s attorney, Mark Richards, has called Republicans trying to cash in on his client’s acquittal “disgusting”, telling media, “There’s a lot of people trying to profit on this, and I don’t think people should.”

“They’re raising money on it and you have all these Republican congressmen saying come work for me. They want to trade on his celebrity and I think it’s disgusting.”

No word yet on whether Rittenhouse has accepted any of the offers.