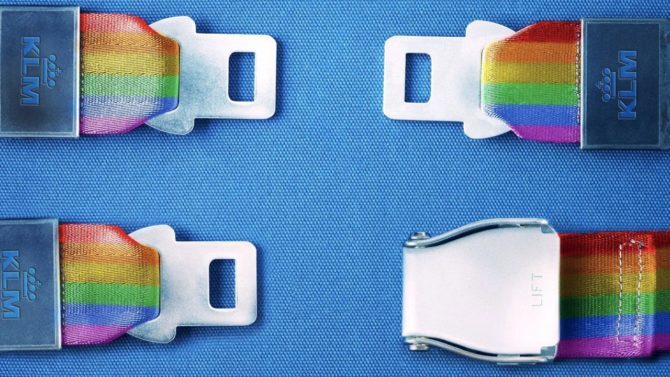 We didn’t think homophobes and Christian extremists could get any more petty, and this happened…

It doesn't matter who you click with. Happy #PrideAmsterdam ???? pic.twitter.com/ZTBHvCx1Pp

Well, it didn’t take long for trolls and the homophobes to completely miss the point and start trashing the tweet, turning into a debate about natural law and which of the seatbelts truly “belonged” together.

Did no one realize that only the hetero seat belt actually works https://t.co/43jwkf9wIt

Um if you use the top two seatbelts and the plane has turbulence, you could die. https://t.co/qu4FMpRtjh

"But…I could die in an accident".

Someone might want to explain to this airline that two of those three pairs of seat belts will never actually click.https://t.co/KjT9RWXBL8

When you accidentally affirm the teleology of natural law. https://t.co/B2Pp6AcEs8

When you're being flung about the cabin of a Royal Dutch Airlines flight, you'll feel satisfied that their safety policies are 100% PC. pic.twitter.com/LutwDIHSNr

This is where we’re at, people. The debate over LGBTQ equality has devolved into childish homophobes arguing over metaphors involving memes about the seatbelts on airplanes.