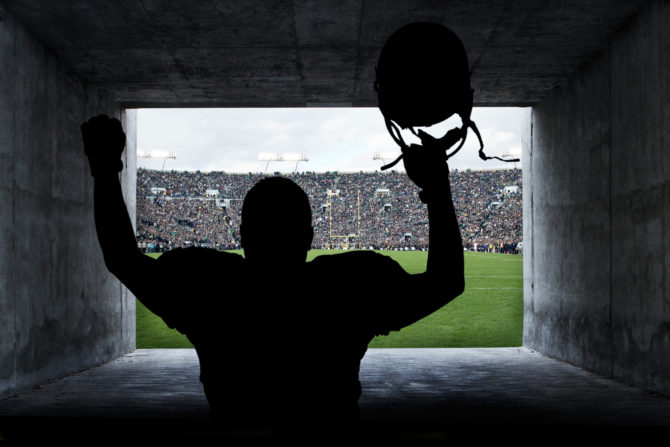 Former-Pittsburgh Steelers quarterback Kordell Stewart says he never dated Andrew Caldwell, who got his 15 minutes of fame with his breathless pulpit proclamation, “I’m not gay no more!”, and now a judge has agreed its time for Caldwell to pay up — to the tune of $3 million.

Stewart, who has long-contended that Caldwell is “delusional,” has fought off gay rumors ever since Caldwell blogged about a relationship with the former NFL star, who was married to Real Housewives of Atlanta star Porsha Williams at the time.

Caldwell, who was a cast member on The Gospel Truth reality show, gave a detailed account of the alleged relationship, saying Stewart bought him cars, handbags and other expensive gifts.

Stewart sued Caldwell, Jarrius Keyn Moon and Catalyst Next LLC last year. Catalyst Next describes itself as “a leading trendsetter in the world’s of media”, “dedicated to providing fresh, original content to media outlets and consumers.”

The suit claimed the made-up relationship was used to create interest in the reality show.

While Caldwell did eventually retract his story, Stewart claimed in court that, “the actions of these irresponsible people are harmful and damaging the brand that I and others like me have worked very hard for.”

Specifically, Stewart said the false story cost him close to a million dollars after he canceled numerous public appearances.

The best way to go into #HumpDay is with a smile. Keep it going…#winning #SMILE #WellPutTogether #Truth #Kordellism

An additional $2 million was sought in general damages for emotional stress (aka fragile masculinity) and professional harm, along with a very specific $15,340 for a PR company to repair his gay-tarnished brand.

“I’m not on the down low,” Kordell said in a radio interview at the time. “I’m a 100 percent man. I don’t do no homophobic. I don’t do no none of that. There is nothing about no dude I see.”

Stewart’s attorney, Antavius Weems, managed to get in one good “won’t someone think of the children!?” remark, saying:

“Mr. Stewart has chosen a public life, and understands clearly that a large part of that comes with people targeting you for profit,” Weems said. “But he became concerned when his minor son became the target of these people.”