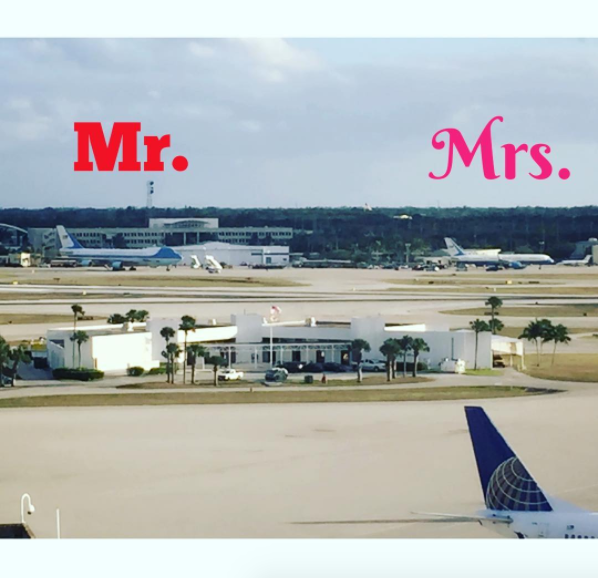 Do you hear that? It’s the sound of even more taxpayer dollars being wasted on the first family’s increasingly exorbitant lifestyle.

Rather than, say, try to plan the impending Easter Egg Roll, Melania Trump decided to join her husband for a long holiday weekend at Mar-a-Lago.

The first lady arrived in West Palm Beach yesterday evening on a military version of a Boeing 757. Minutes later, her husband touched down in Air Force One.

That’s right, they took “his and hers” planes to their private beach club. Because, hey, why not? They already live in separate homes, sleep in separate beds, and keep separate bathrooms. Why not fly in separate planes, as well?

The cost of Melania taking her own plane to the same location as her husband? $15,846 taxpayer dollars per hour. Which came out to be around $100,000.

Of course, that’s just a drop in the bucket when compared to the $1 million it costs for Donald to visit Mar-a-Lago, but still.

“I can’t think of anything like this that we’ve seen at anytime in the modern era,” Steve Schooner, a professor at George Washington Law School, told NBC News for a story on the president’s travel.

“It’s just another example of his consistent efforts to exploit public office for private gain. He’s using his official office and the fact that people have to travel with him, meet him, and follow him to promote his commercial enterprise, in this case his privately owned club.”

What the first couple is doing at Mar-a-Lago this weekend is anyone’s guess. Donald has not yet confirmed his Easter plans, though rumor has it he won’t be attending the annual Easter Egg Roll, a 138-year White House tradition. It’s also unclear if Melania will be at the party, despite being the host of the event.