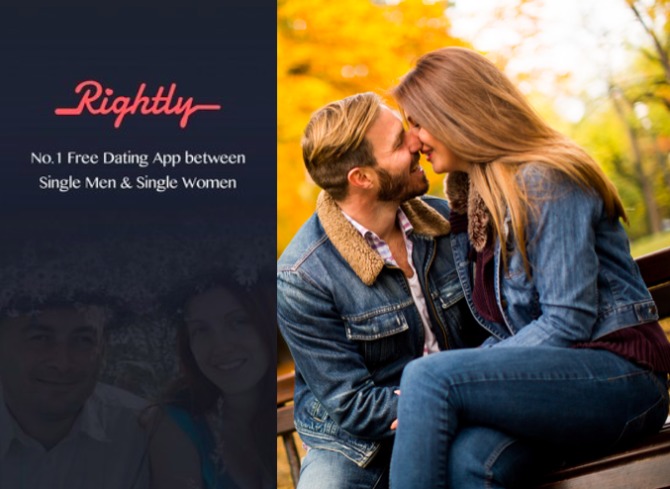 In other words, it’s for people who love rightly. As opposed to those who love wrongly.

The press release states: “It’s a premier dating app exclusively aimed at the straight single market–there are many LGBT apps available and Rightly looks to break this mold by offering an alternative to the singles market.”

Related: DaddyBear CEO apologizes to ‘all gay men’ for stigmatizing HIV, blames ex-boyfriend for the mishap

So how does it work exactly?

Basically, the same way every other dating app out there works. Users can create a profile, upload pictures, swipe, chat, blah, blah, blah. The only difference, of course, is that “Rightly only allows users to sign up as a man looking for women, or a woman looking for a man.”

Also, they have a team closely monitoring the heterosexist app every day to make sure “no rules are broken.”

The most important rule being that absolutely no one is homosexual.

Sounds like all those bullsh*t “Straight Pride” events we hear about from time to time may have found their first official sponsor.

Related: New dating app doesn’t let you see a person’s photo until after you’ve gotten to know them