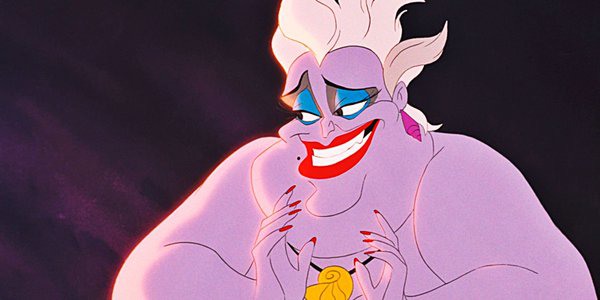 The Briney: The Little Mermaid

We’re still reeling from the wonderful documentary Howard, about the life of writer/lyricist Howard Ashman currently playing on Disney+. As a gay man, Ashman contributed some of the most iconic songs of the 20th century to the American songbook, and often did so with a hearty dose of queer subtext.

For that reason, we suggest revisiting one of Ashman’s crown jewels: The Little Mermaid. For any poor, unfortunate souls living under the sea for the past 30 years, the story follows Ariel, a young mermaid in love with a handsome land-dwelling prince. When her father forbids the relationship, Ariel turns to the sea witch Ursula for help, trading her voice for a pair of legs.

Howard confirms one of the most awesome (and gayest) long-standing rumors about The Little Mermaid: that Ashman pushed to base Ursula’s look and characterization on the drag queen Divine. That Divine didn’t actually get a chance to play the part himself is our loss–Ursula is, by far, the most fun character in the entire film.

Nevertheless, packed with gorgeous animation and songs that have become musical standards, The Little Mermaid offers an uplifting story at a time when we need it most. Witty, bright, and warm, the movie attests to Howard Ashman’s brilliance…and may just explain why a generation of gay boys wanted octopus tentacles as kids.