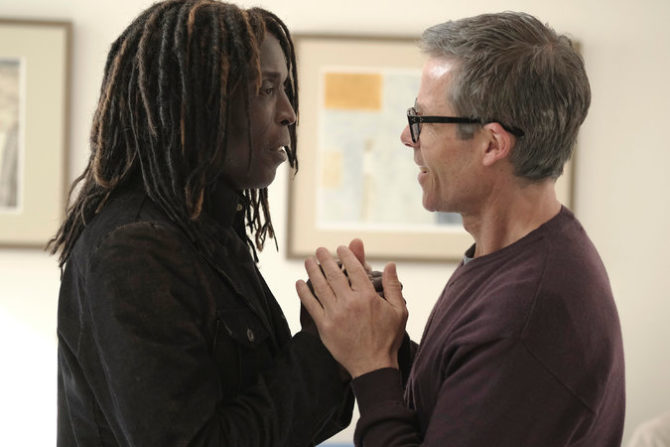 You can’t win ’em all. That seems to be the takeaway from Dustin Lance Black‘s latest project When We Rise.

Despite pouring his soul into the project, along with an excellent star-studded cast and a huge marketing push by ABC, Black’s four-part miniseries When We Rise, which aired every weeknight except Tuesday last week, didn’t get quite the response it was hoping for.

According to Variety, the miniseries attracted 2.95 million viewers during its premiere last Monday, the lowest among the big four networks during the 9 p.m. Monday time slot. Ratings fell to 2.05 million during its second installment on Wednesday, and inched slightly back up to 2.12 million on Thursday.

The final installment closed with around 2.07 million.

But, according to Black, those reports aren’t reliable.

“First and foremost, our ratings aren’t in yet,” he told the Advocate. “Those numbers do not come in for another week or so, so the verdict on who’s watching When We Rise is not in yet.”

Related: LGBTQ rights miniseries “When We Rise” premieres on ABC

He continued, “Listen, would I like more people to watch live? Sure. I would also love to own a pet unicorn.”

Black went on to say that he believes the show will do better online and on DVR.

“That’s how people watch miniseries now,” he explained. “This is not the era of Roots, where there’s three networks and you have to watch live. So, we’re really hopeful, I have to say. …If we can double our viewership on DVR, we’re considered a hit.”

But it’s not all about the ratings anyway.

“I’ll tell ya,” he added, “I’ve never had something so well received by an audience in my career. Watching the response on Twitter, on Facebook, and on social media, the notes that are coming in, the emails that are coming in, it’s been so incredibly humbling this past week to hear how people are receiving [it].”

This much appears to be true. A quick look at the top posts about the series on Twitter shows it did resonate deeply with many viewers:

Despite four nights of weeping, I am so grateful for #WhenWeRise ???This is our history. These stories matter. #lgbtq

My heart is so full of love, respect and appreciation for all of the people who fought for equality. @WhenWeRiseABC #WhenWeRise @CleveJones1

Mom: I don't know if I'm ready for #WhenWeRise to be over.
Me: Ma, it's not over. It's still going on. #LoveisLove

“Before you frame this as anything disappointing, can you please point out that more people have seen this show already than ever saw Milk in the theater,” Black added. “Millions more people around the world know our history today than they did on Sunday. That’s incredibly significant.”

Related: The stunning 1971 ‘Life Magazine’ feature on gay liberation that inspired ‘When We Rise’