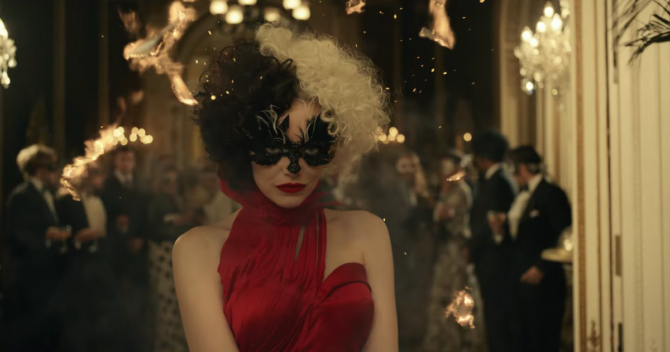 Hold those Dalmatians close, people. The new trailer for the Emma Stone-led Cruella has just arrived.

Cruella reimagines the origin story of iconic Disney villain Cruella De Vil, casting Oscar winner Stone in the title role. The movie envisions the villainess as Estella, a young designer living in 1970s punk rock London. When Estella catches the eye of the eccentric fashionista Baroness von Hellman (Emma Thompson), Estella embarks on a new life path which will lead her to wickedness and revenge.

The plot synopsis, along with the scenes teased in the trailer itself, make the movie look like an oddball stepchild of Liquid Sky and The Devil Wears Prada. Couple that with Stone clad in a series of wigs, dresses and goth chick makeup destined to inspire drag queens for decades, and it’s good enough for us.

Mark Strong, Paul Walter Hauser, Joel Fry, Kirby Howell-Baptiste, and Emily Beecham also star in the film under the direction of Craig Gillespie (I, Tonya). Cruella will debut in theatres (hopefully) on May 28.