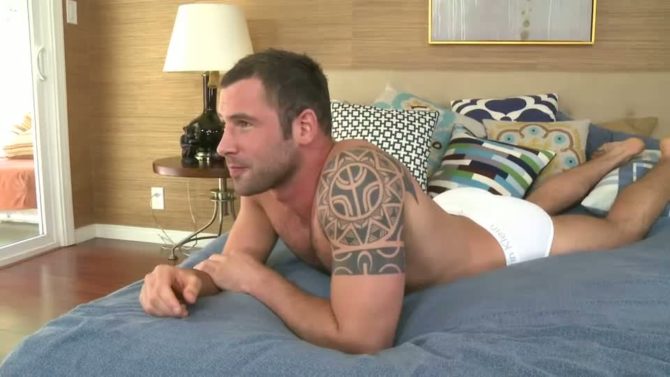 Russell Tovey confirmed to the Daily Mail this week that he’s engaged to his boyfriend, Steve Brockman.

“Completely unexpected but very very happy and looking forward to having a proper party to celebrate when back in London,” the 36-year-old Quantico star said.

Of course, as soon as the information became public, everyone seemed to have an opinion on the matter. And, no, they weren’t all positive or congratulatory.

Check out the range of responses…

I thought I recognised Steve Brockman from somewhere ??

his husband is Steve Brockman like wow marry the most masc man in the world.

Congratulations to my favourite actor Russell Tovey and the wonderful Steve Brockman!! Finally you found your Patrick! ??????? https://t.co/pzCGTuqdZh

help is Russell Tovey’s babe of a fiancé being shamed for being a sex worker?? bc “BREAKING NEWS: RUSSELL TOVEY’S FIANCÉ’S PAST CAREER REVEALED” reads super shamey

And Russell Tovey once did musicals, we all done things we regrets, or don't regret… Move on…