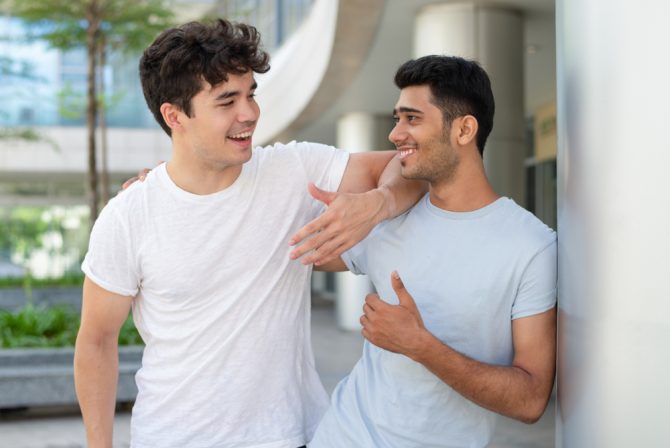 Fraternities can often be hotbeds of bigotry and toxic masculinity, and some gay frat brothers have horror stories to share. But others have fared better with Greek life, like the Reddit user who has had an “amazingly positive experience” in his frat.

Related: The reality of being a gay frat boy

The Redditor writes that he came out to his frat brothers after one asked if he had asked out a close female friend of his. “I laughed and told them that I actually wasn’t interested in women,” he said. “After a quick moment of silence, the guys just went, ‘Oh we had no clue!’ I told them that I had actually come out publicly this fall, and I was met with high fives and ‘That’s awesome man!’”

He continues: “I have just loved how positive and supportive the guys have been. I had been expecting a fraternity to be a place where I wouldn’t feel welcome, but instead, I feel much more valued and appreciated than ever before.”

And the comment section reveals he’s not alone. “Luckily my frat was very accepting of [not] just gay/bi guys but really anyone from a diverse background,” says one commenter.

“Gay guys were actually a majority in my frat,” writes another.

A third commenter says that his “big” was gay and that his first boyfriend was from the frat. “We have had multiple other gays and trans people since then,” he adds. “Yes, it depends on the campus, the part of the country, and the fraternity. But overall, I don’t think it would be as big an issue as most people think it will.”

And here’s another success story: “Speaking as someone who joined as an out gay man and [met] a lot of guys from different chapters, I haven’t encountered any negative or mean actions. I even brought BFs to events! Really I had a great time.”