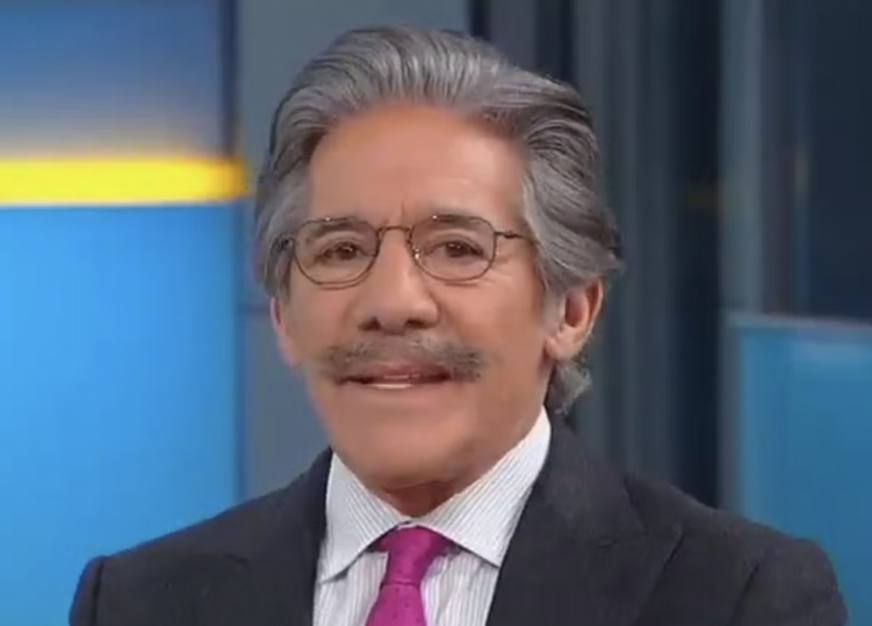 Geraldo Rivera has been trending on Twitter all day after posting a shirtless photo of himself and then suggesting Donald Trump be let off the hook for any and all crimes he may have committed because it was Thanksgiving last Thursday.

Related: Ivanka spent Thanksgiving rubbing elbows with homophobes at the World Cup because of course she did

OK, first… Did Geraldo just admit that the one-term, twice-impeached ex-president who he supported in 2016 and 2020 is a criminal??? We can’t help but wonder how his colleagues and all the other MAGA loyalists at Fox News feel about that.

And second, no. Nobody who incites an insurrection on the U.S. Capitol and steals classified documents from the U.S. government should be pardoned. Not even Donald J. Trump.

Geraldo’s tweet seemed to come out of nowhere and was almost as random as the shirtless photo of himself sipping a piña colada by the poolside at the Hotel Bel-Air in Los Angeles he tweeted one day earlier.

Thanksgiving at the Bel Air with sons Cruz and Gabriel, grandsons Vincent and Desmond, Erica and Sol. pic.twitter.com/W549R4Owsa

In the spirit of peaceful transition of power, the EX President should have stepped aside when he lost the election. He caused the events of 1/6 and should have been impeached so he would never run again. Senate GOP proved our system of accountability is broken. No pardon.

In the spirit of all that is holy, you should announce that you, not now, not ever, have been a journalist.

No. Trump needs to go to federal prison for the rest of his life; so should his grifting children and supporters, and those who tried to overturn a valid election.

What in hell does the spirit of Thanksgiving have anything to do with pardoning TFG? I’ve never been thankful for him. I’ll only be thankful when he is in jail.

I can’t think of a more ridiculous message to send to future Presidential candidates than telling them that they won’t be held responsible for crimes they commit while in office. That’s the message that is sent by pardoning Trump.

In the spirit of Christmas, you should announce that you are retiring from public life, and close all of your social media accounts.

It would be a fantastic gift to the American people!

In the spirit of no one is above the law, trump needs to serve time for all his crimes…all the way back to the 70s. The man does not deserve a pardon.

Why would anyone pardon trump? There is not a soul on this planet more deserving of the most severe penalties for his crimes than trump.

In the spirit of the country trump should be charged with every crime he’s committed. We shouldn’t have one set of laws for us and another for gov officials. POTUS should be held to the highest standards not the lowest. If no one is above the law prove it otherwise stop saying it

So ,in fact, you admit your Golden Cow is a criminal.