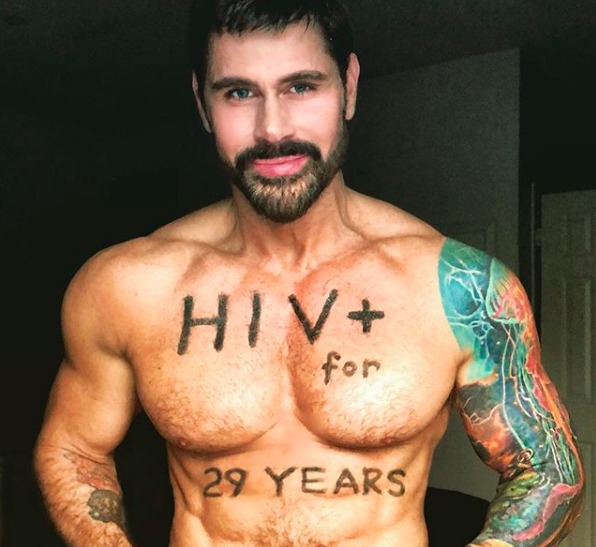 For the past decade, Jack Mackenroth has been an outspoken voice when it comes to talking about and ending the stigma surrounding HIV/AIDS.

Mackenroth first opened up about his HIV-positive status in 2008 while a contestant on Project Runway. Since then, he has dedicated much of his time to activism, working with a range of HIV/AIDS non-profits.

“I don’t mind being a poster boy for HIV,” Mackenroth tells HIV Plus in a new interview. “I was very cognizant of what I was doing when I came out on national TV a decade ago, because the HIV conversation had virtually disappeared from mainstream television.”

In more recent years, he’s also developed a reputation for being a bit of an Instagram hunk, regularly sharing thirsty photos with his nearly 120K followers, including the HIV Equal’s HIV “Shower Selfie” Challenge.

Now, he says he’s taking a break from the activism stuff.

“The issue with non-profit stuff is that you are overworked and underpaid,” Mackenroth explains. “Like teachers, people expect that we should basically volunteer our services because we are doing important work.”

He continues, “I’m getting really close to 50, and I can’t be hoofing it all the time. It’s [also] relatively thankless work. I’m not doing it for accolades, but everyone likes… to feel like something beneficial is coming from your job.”

Mackenroth, who was diagnosed with HIV in 1990 when he was just 19, says for many years he didn’t bother planning for his future.

He recently launched an OnlyFans.com account, where he shares more explicit content. He also went back to school and got a degree in nursing, though he says he’ll always be an HIV activist at heart.

He explains: “Even when I’m not working in a HIV-specific arena … I’m so public about my status, I get two to three Instagram messages a day from someone in a foreign country who just found out [they’re HIV-positive].”

“I still respond to nearly everyone who reaches out,” he says. “I’m always available to talk. I’m very accessible. [People can] message me on Twitter or Instagram.”