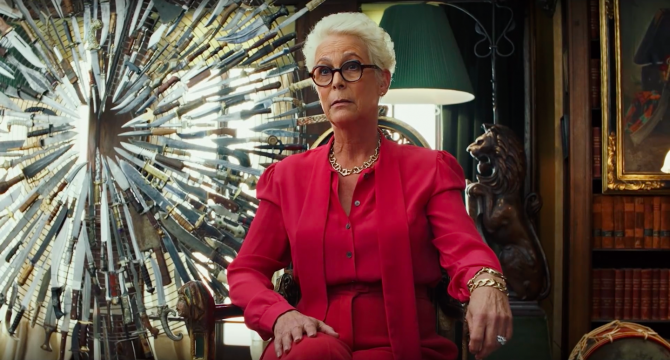 Actress Jamie Lee Curtis has made waves by endorsing outing–but only of closeted legislators who vote against the queer cause.

“I don’t think it’s anybody’s business what people’s sexuality is, to be perfectly honest,” Curtis said. “I find it like a reverse discrimination. People’s private lives are their private lives and whether I’ve ever kissed a girl – have not – is irrelevant to whatever advocacy I participate in.”

Curtis then added her caveat. Outing is counterproductive unless, she says “you legislate anti-gay legislation but are gay. I fully accept outing those people for the hypocrisy.” (Aaron Schock, we’re looking at you.)

Jamie Lee Curtis has long worked as an advocate for the queer community, dating back to her friendships with actor Rick Frank (of Anything but Love) and his longtime boyfriend George Lowe, both of whom died of AIDS in the 1990s. “Rick became, honestly, one of my best friends,” she says. “That experience with both Rick and George was a galvanizing moment for me, and I have tried to honor him more than anything with trying to keep that focus.”

Curtis will also bring that passion and activism to the screen, as she’s actively developing a film based on the memoir of Sara Cunningham, a Christian mother who learned to accept her gay son and founded a charity organization supporting queer youth. Titled How We Sleep At Night, Curtis hopes to go into production on the film next year.