Jared Kushner has written a memoir about his time working at the White House. Entitled, “Breaking History: A White House Memoir”, excerpts have begun to appear in the press.

Kushner says Kelly was seen as having a “Jekyll and Hyde” character by some White House staff.

“One day he had just marched out of a contentious meeting in the Oval Office,” Kushner writes. “Ivanka was walking down the main hallway in the West Wing when she passed him. Unaware of his heated state of mind, she said, ‘Hello, chief.’

“Kelly shoved her out of the way and stormed by. She wasn’t hurt, and didn’t make a big deal about the altercation, but in his rage Kelly had shown his true character.”

Related: Ivanka and Jared blasted as “despicable” by partner of fallen Capitol officer

Kushner says that within an hour of the encounter, Kelly visited Ivanka to offer a “meek apology”, which she accepted.

Responding to the allegation, Kelly emailed the Washington Post an unequivocal denial.

“I don’t recall anything like you describe,” he said.

“It is inconceivable that I would EVER shove a woman. Inconceivable. Never happen,” Kelly wrote. “Would never intentionally do something like that. Also, don’t remember ever apologizing to her for something I didn’t do. I’d remember that.”

A spokesperson for Ivanka Trump said she confirmed her husband’s version of events. 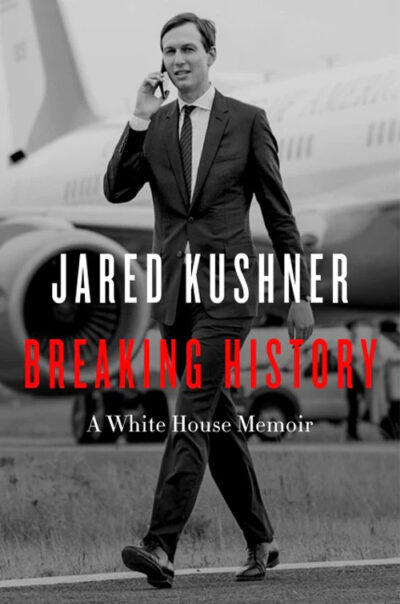 It seems he quickly began to rub up Ivanka and Kushner the wrong way. Kushner says in his book Kelly was privately dismissive of his wife and her “pet projects” while publicly showering her “with compliments to her face that she knew were insincere.”

An Associated News report from 2018 highlighted friction between Kelly and the couple. It said Kelly had questioned what Ivanka and Kushner did each day. He was reportedly also angry with them for speaking to President Trump and successfully changing his mind on policy matters at the last minute.

Kushner’s memoir is set to be published on August 23.