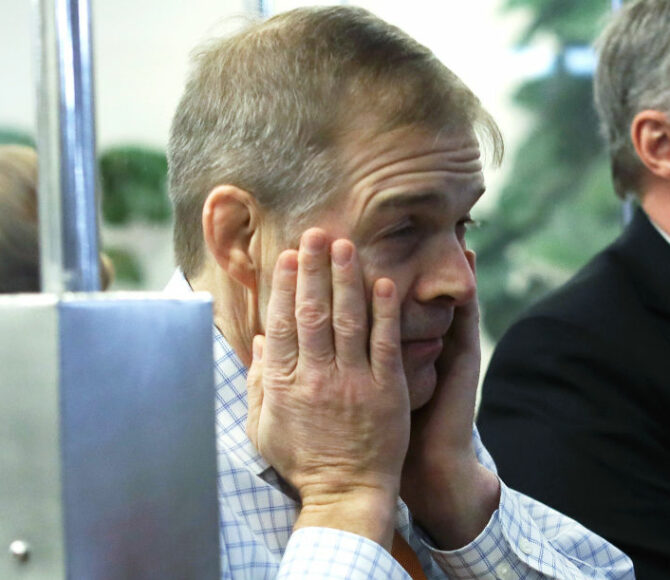 Happy birthday @Jim_Jordan ! Just reminding you in case you forgot that too.
pic.twitter.com/EN9HFKSFsy

Today is Jim Jordan’s birthday which means it’s a perfect time to remind you that he hasn’t passed a single bill in more than 14 years in the House.

Also a good time to remind him @January6thCmte KNOWS EVERYTHING.

Good morning. It’s Jim Jordan’s birthday today. What are you getting him?

Lets get him a nice trip to a private room in a federal penitentiary for his birthday.

Get out the birthday balloons! Rep. Jim Jordan (R) from OH-4 was born today! pic.twitter.com/027E2nyq34

Another year of undeserved power and privilege.

Gross. I share my birthday with Jim Jordan. Glad I share it with a respected Jordan (Michael).

A birthday card from me to Gym pic.twitter.com/2pUmgUBcYK

Jordan has been dodging the January 6 committee for weeks, refusing to comply with the panel’s request that he provide information about his communication with ex-president Donald Trump in the days leading up to the deadly attack. (He claims he “can’t remember.”)

Related: Jim Jordan is sure acting like a guy who knows he’s guilty and probably going to jail

This week, the birthday boy went on Laura Ingraham‘s show to whine about how the committee has been working with waaaay too many former prosecutors for his liking.

The committee has staffed up with 14 or so ex-prosecutors because: a) the task is vast; b) they have the resources to hire well-trained lawyers who have handled complex federal cases; and c) typical congressional staffers just can’t handle such a colossal undertaking. In other words, Jordan and other Trump World lackeys are facing their worst possible nightmare in the mother of all congressional investigations.

Related: It looks like Ivanka Trump is about to become #SubpoenaedBarbie by the January 6 committee

And on Sunday, Jordan appeared on Fox News to say he believes Clinton aides should be put to death after reports that members of her 2016 presidential campaign paid a tech company to access servers belonging to Trump Tower in an effort to find links to Russia.

“That is what is so frightening here,” he said. “You had the government working with the Clinton campaign to go after the Republican Party’s nominee for president to spy on that campaign.”

Of course, Jordan didn’t provide any evidence to support his assertion.

While you’re here, re-live that moment when Val Demings handled Jordan like a boss after he interrupted her during a House Judiciary Committee hearing on a proposed hate crimes bill last year…

It’s interesting to see my colleagues on the other side of the aisle support the police when it’s politically convenient to do so, but not when police officers who protect us every day here at the Capitol were fighting for their lives because of the Big Lie. @HouseJudiciary pic.twitter.com/x9i9LO5AAi