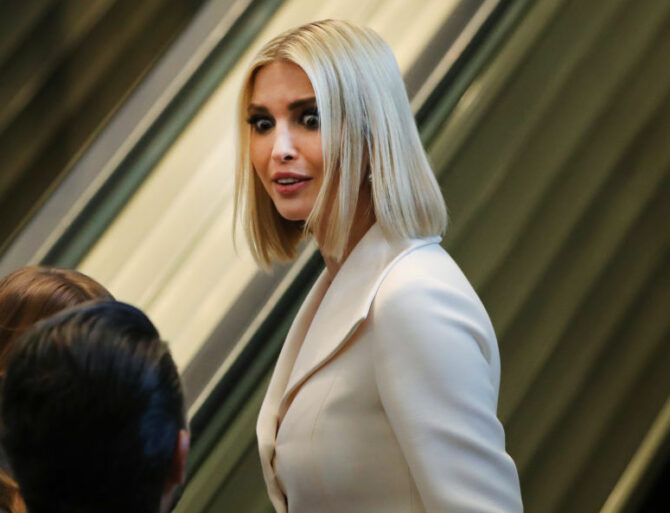 If Ivanka Trump didn’t already regret her decision to pivot from designing discount handbags made in China to working in government, she certainly does now.

The House select committee investigating January 6 is considering issuing her a subpoena after she didn’t respond to its request for an interview last month, insiders say.

The subpoena would force the former first daughter to cooperate with the inquiry into her dad’s failed attempt at overthrowing the 2020 election results or be held in contempt and possibly go to jail.

The subpoena would also be the first time one of Trump’s children would be called to testify against their father, which would no doubt cause a major rift in the family. (BTW, this is precisely why Ann Coulter warned Trump not to hire his kids after he won the 2016 election. Even a broken clock is right twice a day!)

Insiders note that the panel doesn’t plan to subpoena Ivanka as of right now, only that conversations about doing so have begun and that the option is very much on the table should she continue to ignore their request for an interview.

But the fact that members on the select committee have started to discuss a subpoena suggests they believe it may ultimately take such a measure – and the threat of prosecution should she defy it – to ensure her appearance at a deposition on Capitol Hill.

The select committee did not address a possible subpoena for Ivanka Trump at a closed-door meeting last Friday, and the panel wants to give her a reasonable window of opportunity to engage with the investigation before moving to force her cooperation, the source said.

Related: It sure sounds like Ivanka has laid the groundwork to flip on her father

Before the panel subpoenas Ivanka, it would likely inform House speaker Nancy Pelosi of the decision, who we’re pretty sure would be OK with it.

A spokesperson for the select committee declined to comment on the matter. The first daughter, as well, is not commenting.

Last month, Mary Trump predicted that her cousin would eventually flip on her father if she feels it’s in her best interest.

“She knows she has to come down on the right side of things,” she told MSNBC’s Alex Witt. “Or, she’ll continue to stay her father’s ally, and have to see how that plays out.”

Mary added that Ivanka is likely making a “calculation” as to what will “help her in the long run.”