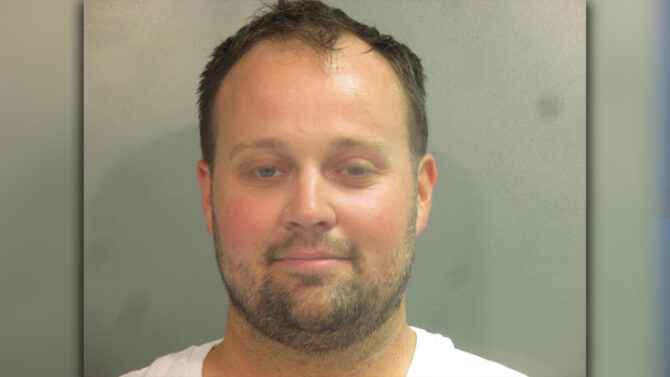 Former reality TV star/antigay activist/accused child molester Josh Duggar endured bombshell announcements in a preliminary court hearing yesterday. Close friends of the Duggar family testified that the 33-year-old first began sexually molesting little girls 21 years ago, which, we did the math, means he was 12 (12!) when the alleged behavior started.

The former 19 Kids and Counting star stands accused of two counts of receiving and possessing child pornography following his arrest last April. The arrest also followed allegations of sexual assault made against him in 2006 and published by In Touch magazine in 2015 and resulting in his family’s hit TLC show being canceled.

Now, People reports that testimony by Duggar’s father, Jim Bob Duggar, and family friend, Bobye Holt, appears to once again confirm the 2006 allegations. It also reveals that Josh molested other young girls–including his own sisters–much earlier than previously reported and that his family knew about it but did not alert authorities.

Holt, whose daughter dated Josh in 2002 and 2003, told the court that Jim Bob called her and her husband his home on March 30, 2003 to discuss “what Josh had done.” Upon arrival, the Holts learned that Josh had confessed to touching the breasts and genitals of four young girls, including one earlier that day in a Bible study. She said Jim Bob also told them that Josh had inappropriately touched younger girls before.

She also testified to another incident in the Holt home where Josh fondled a sleeping girl. The girl in question woke up and hit him then alerted her. When she tried to tell Josh’s parents, they refused to listen.

“I went to go tell Jim Bob and Michelle but they said they didn’t want to hear it,” Holt said, adding, “People began to be aware.”

Jim Bob Duggar, who is currently running for Arkansas State Senate, then took the stand to testify that Josh first admitted to molesting a young girl in 2002. When pressed for details, he claimed he couldn’t remember the exact circumstances or specifics of each incident beyond “inappropriate touching.”

“It’s been like 18, 19 years ago,” he said under examination. “We tried to handle things in-house. It was a very difficult time in our family’s life.”

Jim Bob also said that he enrolled Josh in a treatment program in 2003 to address his predatory urges and even took his son to interview with Arkansas State Police, who recorded his 2006 confession. That report would later come to light nine years later when obtained by In Touch.

When the report emerged in court this week, Jim Bob to protested, “I’m not gonna allow it! Are you gonna allow for that?” To which Judge Timothy L. Brooks reminded him that has a witness he had no right to object.

Judge Books, for his part, seemed skeptical of the argument, pointing out that allegations of child molestation are not protected by a religious exemption and must be reported to the law. He also observed that Bobbye Holt held no position within the church, calling into question the “religious confession” argument.

The trial is set to officially begin today. If convicted on the child pornography charges, Duggar could receive up to 20 years in federal prison and up to $250,000 fine for each count.