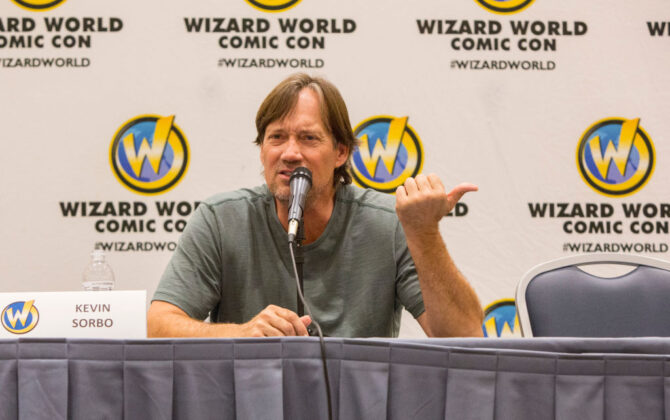 Hollywood has-been/Donald Trump loyalist Kevin Sorbo managed to briefly trend on Twitter this morning after posting another dumb tweet, this time attacking the entire state of California for some unknown reason.

“California is a joke,” the 63-year-old Bernie the Dolphin star griped without providing any additional context that might help illuminate why he feels this way. We could try to speculate but, honestly, what’s the point?

California is a joke.

Sorbo, who has over 1 million Twitter followers, is no stranger to saying incredibly stupid things online. In the past, he’s used his social media platform to rail against vaccine mandates, bitch about the IRS, spout pro-Russia sentiments, and argue that Democrats are sub-par presidents and that’s why none appear on Mount Rushmore.

In January 2021, his former co-star, lesbian icon and Xena actress Lucy Lawless, ripped into him after he praised January 6 insurrectionists for being “patriots.”

“No, Peanut. They are not Patriots,” she tweeted. “They are your flying monkeys,homegrown terrorists, QAnon actors. They are the douchebags that go out and do the evil bidding of people like you who like to wind them up like toys and let them do their worst.”

No, Peanut. They are not Patriots. They are your flying monkeys,homegrown terrorists, QAnon actors. They are the douchebags that go out and do the evil bidding of people like you who like to wind them up like toys and let them do their worst. #keepingYourFilthyHandsclean #enabler

As is your acting career

Just because nobody in Hollywood takes you seriously doesn’t mean you have to blame the whole state.

Your old show was a joke pic.twitter.com/buya3V0yNP

Riiight. California has the 5th largest economy IN THE WORLD, but a direct-to-video B-film actor “thinks” otherwise.

Sitting at a bar here now and love it – just because you aged out and had zero talent doesn’t mean you have to be bitter…..also, update your profile pic. pic.twitter.com/v03hymEnAB

The state feels the exact same way about you

Don’t you ever get tired of being dragged?