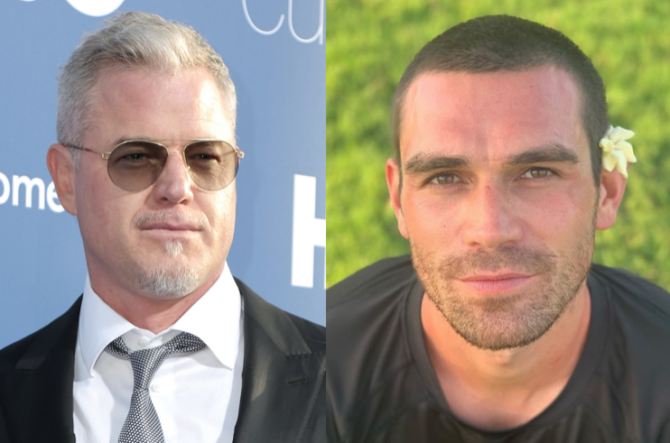 Is KJ Apa joining the cast of Euphoria for an inevitably dysfunctional season 3 romance with Cal Jacobs (Eric Dane)?

It’s incredibly unlikely, but that didn’t stop fans from speculating after Apa posted a photo cozying up with Dane and announcing, “New couple alert!”

With Apa’s CW drama Riverdale coming to a close after seven seasons, it’s no surprise the photo sparked rumors, though many gay commenters just took it as tongue-in-cheek fun.

“I stan this couple,” wrote Andy Cohen. Writer Jordan Firstman invited the boys over for brunch, adding “So proud of y’all!”

Others let their imaginations run even further. “I’d watch that leaked video,” commented one thirsty fan.

Eric Dane is STILL daddyAF! KJ Apa can get it, too! I wanna see this video!

Apa and Dane were most likely together because they’re starring in the new movie One Fast Move together. In the film, Apa plays a discharged soldier who dreams of becoming a motorcycle racer. Dane plays Apa’s father.

That could also explain that other photo Apa posted that went viral a couple of weeks ago.

Apa’s dramatic new haircut is also for the film.

“Reset. One Fast Move,” he captioned a photo debuting the buzzcut.

One Fast Move is currently in production — a release date has not been announced.