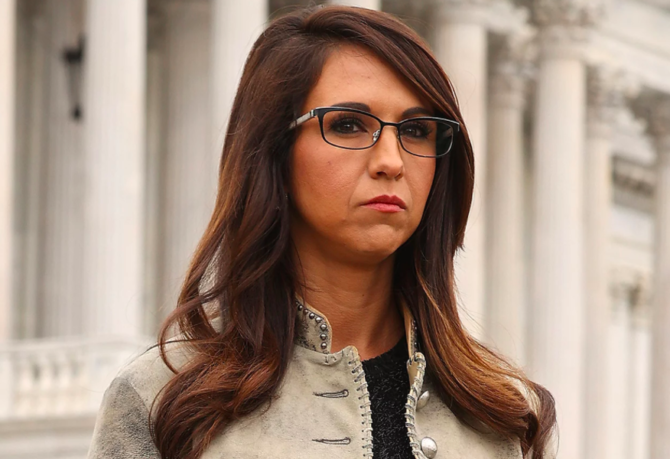 Lauren Boebert can’t seem to let a single day pass without making some sort of garbage remark about LGBTQ people.

Whether she’s mocking trans and non-binary people on Father’s Day, trashing gay service members during Pride month, or voicing her support for homophobic HIV exposure laws, the Qanon congresswoman never misses an opportunity to express her hatred of queer people.

Her most recent attack came in the form of a tweet about professional weightlifter Laurel Hubbard of New Zealand, who is set to make history as the first openly trans athlete to compete in the Olympic Games in Tokyo next month.

“Olympic weightlifter Sarah Robles is the first American to win a medal in the sport since 2000,” Boebert wrote. “In the upcoming Olympics, Sarah will be competing against a biological male from New Zealand who previously competed in men’s weightlifting competitions. This is WRONG!”

Olympic weightlifter Sarah Robles is the first American to win a medal in the sport since 2000.

In the upcoming Olympics, Sarah will be competing against a biological male from New Zealand who previously competed in men’s weightlifting competitions.

Hubbard rarely gives media interviews, but in 2017 she told Stuff that she’s well aware there are people who don’t support her and that she tries not to let them distract her.

“I’m mindful I won’t be supported by everyone, but I hope that people can keep an open mind and perhaps look at my performance in a broader context,” she said. “Perhaps the fact that it has taken so long for someone like myself to come through indicates that some of the problems that people are suggesting aren’t what they might seem.”

The International Olympic Committee’s official rules state that trans women can compete in the female category if they maintain a total testosterone level below 10 nanomoles per liter for at least 12 months. Hubbard meets this requirement, which is why she’s eligible to compete.

In addition to being the first openly trans athlete, she will also be the oldest weightlifter at the Tokyo games.

Can you be any more ridiculous???

I think we need to be less concerned about what is in their pants and look at how they compare as athletes.

I’m willing to wager that the people of your district have more pressing items on their minds than the International Olympic Committee decisions.

I’d like to point out that America didn’t make this rule for the Olympics.

I’m sorry you’ve been suckered into not understanding how this all works, Lauren. Do a little scientific research and you’ll feel a lot better. Funny how education can do that (not that you’re a big fan of education, but maybe it’s time to start trying.)

So THIS is what you’re worried about instead of actually helping your constituents.

Breaking news: @RepBoebert is planning a insurrection on New Zealand