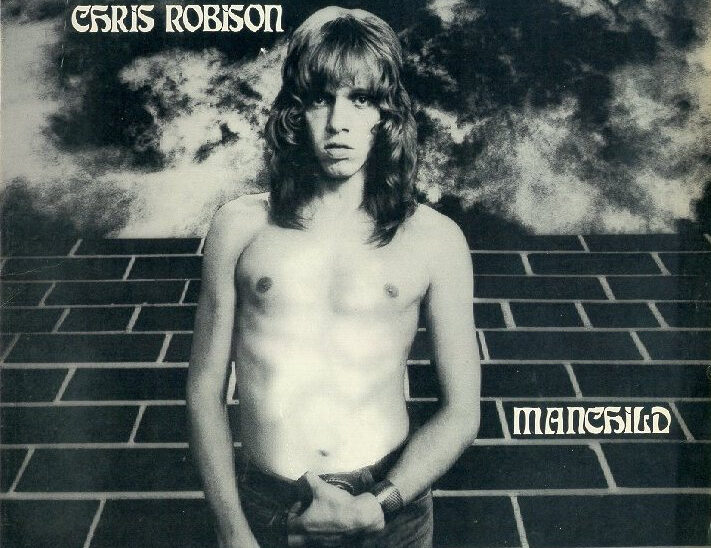 In his ’70s heyday, Chris Robison was a New York-based indie rocker — when touring didn’t have him all over the country, that is.

As much as he was a singer-songwriter, Robison spent much of his time as a touring musician. He played with bands like Elephant’s Memory (John Lennon and Yoko Ono’s backing band), Steam, and the New York Dolls.

He wrote two original studio albums, Chris Robison and His Many Hand Band (1973) and Manchild (1974). Right from the first album, he was singing openly and unabashedly about his sexuality on tracks like “Lookin For A Boy Tonight” and “Italian Boy”.

Executives didn’t want to touch his explicitly queer songs, so he took out a loan, rented out a studio for less than a day, and made the entire LP himself.

“I went around and recorded the whole album within 20 hours,” Robison told Queer Music Heritage. “And I would go and play the piano on each song, and then I’d go and put the bass on each song … I did all the parts.” Hence, the Many Hand Band.

Perhaps the most rock number of all is “I’ll Be Your Man”, his Manchild opener. The track features a refrain of “You can be my boy, I’ll be your man” over shredding lead guitar and keys that get more out of control the longer the song carries on.

As the ’70s drew to a close, he parted ways with the New York Dolls and formed a band of his own, Stumblebunny. The band released their only record, While You Were Out…, in 1979.

The power-pop outfit has continued to play on and off over the course of the past few decades, with their most recent festival performance being in 2012. The music lives on!

Rock out with Robison solo on “I’ll Be your Man”: