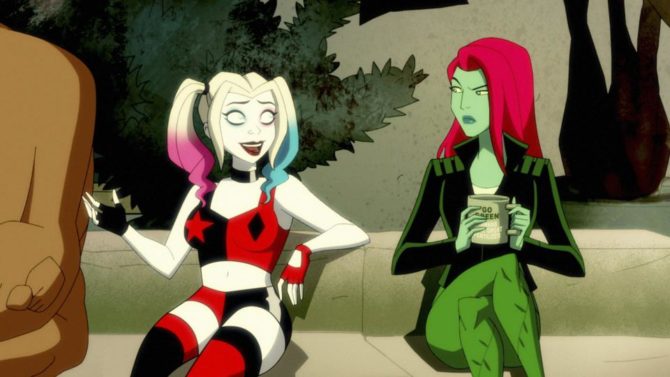 Robbie, who plays Quinn in the DC Comics Extended Universe films, told the website Den of Geek that she has lobbied Warner Bros. and the producers of the films to introduce Poison Ivy as Harley’s new lover.

“Trust me, I chew their ear off about it all the time,” Robbie explained to Den of Geek. “They must be sick of hearing it, but I’m like, ‘Poison Ivy, Poison Ivy. Come on, let’s do it.’ I’m very keen to see a Harley-Poison Ivy relationship on screen. It’d be so fun. So I’ll keep pestering them. Don’t worry.”

Related: Oscar-nominee Margot Robbie is about to launch a ‘Big Gay Jamboree’

The comics portray both Poison Ivy and Harley Quinn as sexually fluid; their longtime friendship/criminal partnership has veered into the romantic from time to time. The pair rank among the most popular of the comics label’s LGBTQ characters, which also include Catwoman, Batwoman, The Question, and Wonder Woman.

This isn’t the first time Robbie has expressed interest in including Poison Ivy as Harley’s lover, either. Back in 2018, she told the website PrideSource “If you read the comics you know that Poison Ivy and Harley have an intimate relationship. I’ve been trying to—I would love to have Poison Ivy thrown into the universe, because the Harley and Poison Ivy relationship is one of my favorite aspects of the comics, so I’m looking to explore that on screen.”

Frankly, we would too. It’s much healthier than the longtime abusive relationship Harley has with The Joker. Including the relationship would also go a long way toward quelling the sting of seeing only loosely implied LGBTQ characters in DC films.