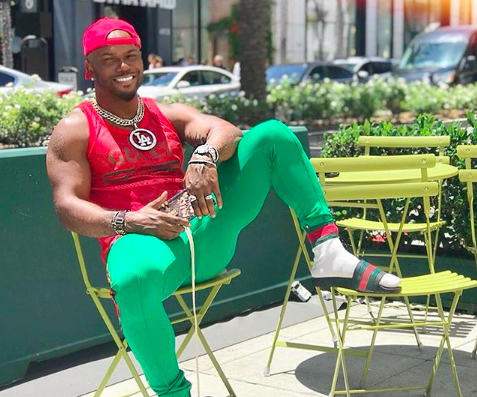 Last week, the 34-year-old actor/hip hop artist wrote a cryptic tweet confessing that sometimes he wishes he wasn’t gay, saying: “I wish I could just be what society think is normal. Sh*t would be so much easier. Like is there a f*cking pill I can take or surgery I can undergo.”

You know… Sometimes I wish I wasn’t gay. For the people that think it’s a choice.. Like today is one of those days.. i wish I could just be what society think is normal. Shit would be so much easier.. Like is there a Fucking pill I can take or surgery I can undergo. Overit! ?

This week, he still seems down in the dumps. Yesterday, he tweeted about his mounting frustrations about “tolerance” verses “acceptance”:

I CANT WAIT FOR THE DAY THAT GAY MEN & WOMEN KNOW THE DIFFERENCE BETWEEN *TOLERANCE* & *ACCEPTANCE*… ?

He also took aim at the music industry and how many singers who claim to be LGBTQ allies rarely actually support or work with queer artists:

Dear Gay Men, y’all do realize that the Female Singers & Rappers that you’ll made famous, continue to support & be so adamantly attacking each other over, HAVE NEVER DID A SONG WITH, SUPPORTED OR HELPED OUT any openly gay artist in the industry.

We’re not sure what’s going on, but we hope he’s doing alright! Until now, it seemed like things were up and up for the Love & Hip Hop: Hollywood star.

In July, he launched a line of golden flesh lights. He also just released his album BeastMode and was awarded the IMPACT Award at the Pure Heat Community Festival, Atlanta’s annual Black Gay Pride celebration.

No Words can describe how it feels to have the Mayor & the City of Atlanta to recognize me & giving me the most influential & impactful black lgbt artist award, Getting this award from my own community in front of over 30,000 people & on @Fox News was one of the most amazing exp pic.twitter.com/vcrQYmcB6h

Milan, if you’re reading, hang in there, buddy!

Related: Milan Christopher is selling a fleshlight molded from his very own brown star