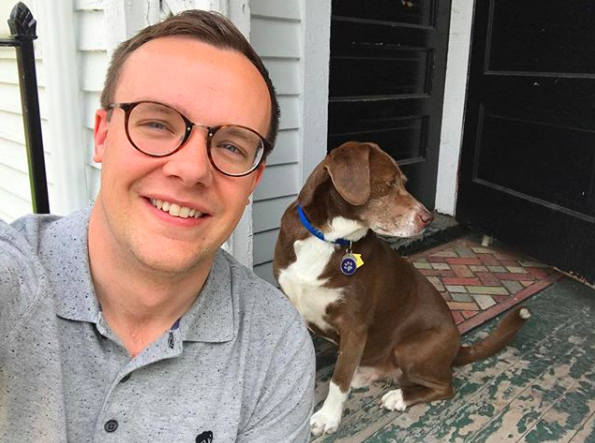 Democratic presidential hopeful Pete Buttigieg was interviewed by CNN’s Van Jones over the weekend where he spoke at length about his husband, Chasten.

He continued, “He’s got this really quick wit. If you follow him on Twitter you’ll see what I mean.”

We thought we’d take Pete’s advice and do a deep dive into Chasten’s Twitter page, which boasts an impressive 163K followers.

Here’s what we learned about the guy who Politico recently determined was “winning the 2020 Spouse Primary” and who could very well be the next person to occupy the East Wing of the White House.

On how he spends his time when Pete’s out on the campaign trail:

Peter: Crushing townhalls in SC
Chasten: staring out the window waiting for UberEats

On being recognized in public:

Need to work on my chill because every supporter that approaches from behind in an airport has me like pic.twitter.com/guTiKBt1hv

“Hey! I’ve seen you on Twitter. Aren’t you someone’s husband or something?” pic.twitter.com/X06jQgEP5p

On his childhood obsession with Harry Potter:

Wish I had known when I was ten and other kids were making fun of my Harry Potter obsession I could’ve said “yeah, well someday @thehill is going to think this is very important!” https://t.co/UF0Pc6TKEX

On having his picture taken by complete strangers:

This new exposure can be very weird, and I’m not sure if I’ll ever get used to teenagers taking pictures of me and then running away giggling when I look up and see them pointing their phones at me. This is why I can no longer smell deodorants at Target. They’re always watching.

On the closure of a local Taco Bell:

So many memories. So many stomachaches. https://t.co/MoQQyQtub2

“9 to 5” just started playing in this restaurant and I excitedly turned around to see if @ewarren was walking in.

Sigh. She was not.

On his husband’s annoying yet endearing habits:

On not being the mayor:

At the drive-thru
Kid hands me my food: you’re the mayor?!
Other kid: no that’s his HUSBAND!
*both look at me disapprovingly* pic.twitter.com/u8MJBAOaJ4

On trips to Target:

“Oh, and can you pick up some new drapes?”

On people asking him to pass messages along to his husband:

when the message starts with “you should tell your husband” pic.twitter.com/o0s2h14gSb

On people who want to criticize his “lifestyle”:

When the message is about your “lifestyle” pic.twitter.com/AUgoAxqTdl

On the importance of taking care of yourself:

Just a reminder that you should periodically log off of twitter, shut the TV off, go outside for a few minutes, and take a few deep breaths. Scream into the abyss if you want to, but just remember to take care of yourself.