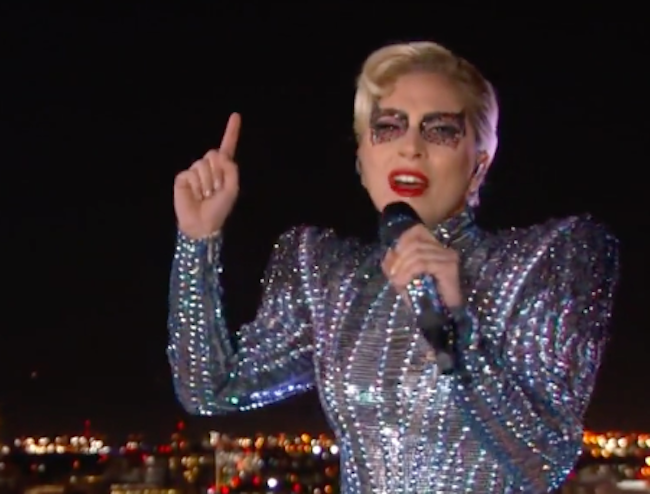 While she didn’t wrap Mike Pence in a billowing rainbow flag, there was still plenty of political subtext in Lady Gaga‘s Super Bowl halftime show on Sunday night.

Her medley began with “America the Beautiful,” before segueing into “This Land is Your Land,” Woody Guthrie’s 1940s folk song written as a scathing response to Irving Berlin’s “God Bless America,” which he felt didn’t properly reflect the unfair distribution of wealth across the country. (To put it lightly.)

The original lyrics included this verse:

“There was a big high wall there that tried to stop me. The sign was painted, said ‘Private Property.’ But on the backside, it didn’t say nothing. This land was made for you and me.”

The song has been heard at every march and protest across the U.S. ever since Trump has taken office, as a direct response to Trump’s immigration travel ban:

What you may not know — we certainly didn’t — is that Woody Guthrie also penned a protest song in 1950 that explicitly takes down Donald Trump‘s racist father.

Related: Lady Gaga’s Twitter Beef With The Chainsmokers Is An Embarrassment To Beef

As The New Republic reports:

“[Guthrie] signed a lease with Fred Trump [and] lived for two years in a Brooklyn apartment the elder Trump owned, but grew upset at the racist policies that the real estate developer used to exclude blacks from his property.”

“I suppose / Old Man Trump knows /Just how much / Racial Hate / he stirred up / in the bloodpot of human hearts / When he drawed / That color line / Here at his / Eighteen hundred family project.”

While there was nothing overly anti-Trump in Gaga’s show — like, say, her one-woman protest in front of Trump Tower — it delivered what she promised before the performance:

“The only statements that’ll be made during the halftime show are the ones that I have been consistently making throughout my career. I believe in a passion for inclusion. I believe in the spirit of equality and the spirit of this country. It’s one of love and compassion and kindness. So my performance will uphold those philosophies.”

And it’s pretty astounding that this stanza was delivered in front of millions of people during the largest sporting event of the year:

The likes of Hillary Clinton and Joe Biden certainly caught on to the message:

I'm one of 100 million #SuperBowl fans that just went #Gaga for the Lady, & her message to all of us. https://t.co/8AoNqjwr1b

Incredible performance from my friend @LadyGaga. You amaze me — and not just onstage. Proud to work with you to end sexual assault. #ItsOnUs pic.twitter.com/ZOva2lpAOZ

And if you think all this talk of Woody Guthrie is a considerable stretch, we have nothing on the theorizing of the alt-right.

Never-not-punchable antigay crusader Alex Jones is worried that Gaga’s SuperBowl Bowl show was literally saying “I am the goddess of Satan”:

On top of the stadium, ruling over everyone with drones everywhere, surveilling them in a big swarm. To just condition them, ‘I am the goddess of Satan, ruling over you with the rest of the robots in a ritual of lesser magic. They have to tell you what they’re planning in the future.

The rise of the machines is here. You are broken, you are fallen, and I squat on top of you and basically piss all over you. Just like at the Hillary event, she wore the clear Nazi pure black uniform with the SS hat and the red insignia to again, flaunt it, rub it in, dominate you and say, ‘I am the dark, I am the beast.'”

Many of his followers are way down with the theory:

Such a reach. Besides the part where she sacrificed an infant and wore its entrails as a boa, we saw nothing inherently evil in the performance. 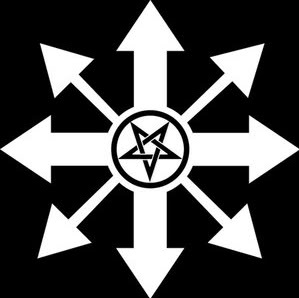