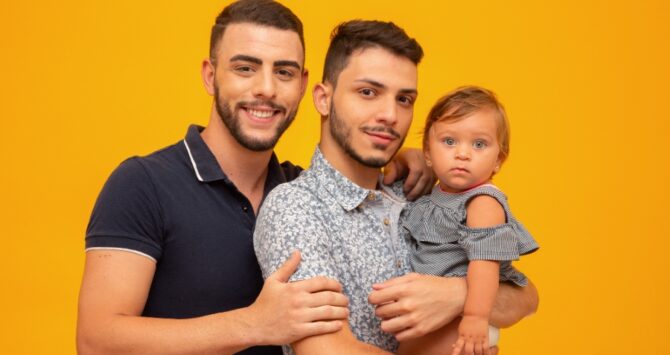 The second Sunday in August brings with it that lesser-known annual celebration: Gay Uncles Day!

This national day began life back in 2016. The notion of a specific gay uncles day was first suggested by Florida-based Facebook user CJ Hatter earlier that year.

“Virtually every family had that relative, often an uncle, who spent his life as a ‘confirmed bachelor,” Hatter elaborated in a later post.

“‘Oh, uncle Johnny will settle down when he finds the right girl.’

“Families have denied the truth of these gay relatives for centuries. In researching my own family tree, I’ve uncovered a few examples of men who were likely gay, yet have never been acknowledged by the family. They became a dead-end branch on the tree… forgotten in family lore and history.

“My goal in promoting this day of celebration is to normalize the role of the gay uncle, cousin, brother… whatever, in the family and in society.”

The idea of the day received a significant boost when gay bob slier Simon Dunn posted about it. It was re-shared thousands of times, thus cementing Gay Uncles Day, or Guncles Day, as a thing. 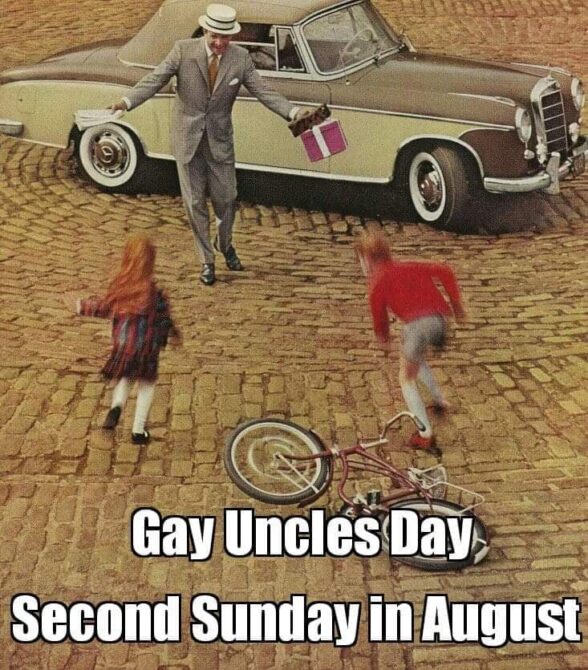 Even Anderson Cooper, before becoming a dad, posted photos of himself and a nephew to mark the occasion in 2016.

Related: Young man lives in constant fear of unknowingly hooking up with one of his gay uncle’s exes

The celebration has fallen on every second Sunday of the month since that time. For most, it’s just an online celebration and an excuse for ‘Guncles’ to post cute photos of themselves and their nephews, nieces, and niblings. The latter is a gender nonspecific term for the children of one’s siblings.

“Family get-togethers are always a great way to celebrate,” Hatter said when Queerty reached out to him for comment this week. ”Trips to the park, a nice brunch or dinner are good ideas, too. Anything to serve as a reminder that gay family members are also an important part of the family unit!”