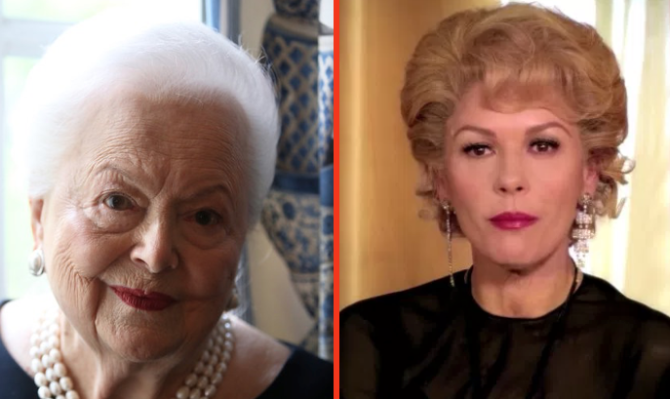 Olivia de Havilland is the only major star depicted on FX’s Feud who is still alive, but if you think she’s tuning in each week for the gags and the shade like the rest of us, you’re sorely mistaken.

Havilland, 100, is played by Catherine Zeta-Jones in the Ryan Murphy drama, and she has about as much interest in the show as Anne Bancroft did in her 1963 Best Actress Oscar. Which is to say, none.

The Hollywood Reporter made repeated attempts to reach out to Havilland to get her to comment on the show, the animosity between its lead characters Bette Davis and Joan Crawford, and the above-mentioned 1963 Academy Awards ceremony.

Her rejection letter is somehow both curt and flowery, and altogether perfect:

“I have received your email with its two questions,” De Havilland replied. “I would like to reply first to the second of these, which inquires of me the accuracy of a current television series entitled Feud, which concerns Bette Davis and Joan Crawford and their supposed animosity toward each other. Having not seen the show, I cannot make a valid comment about it. However, in principle, I am opposed to any representation of personages who are no longer alive to judge the accuracy of any incident depicted as involving themselves.”

De Havilland added, “As to the 1963 Oscar ceremony, which took place over half a century ago, I regret to say that I have no memory of it whatsoever and therefore cannot vouch for its accuracy.”

And just for kicks, here’s the real-life theatrical trailer for 1964’s Lady in a Cage starring Olivia de Havilland that featured in last week’s Feud:

Related: Bette Davis who? Jessica Lange’s real-life feud is all too real.