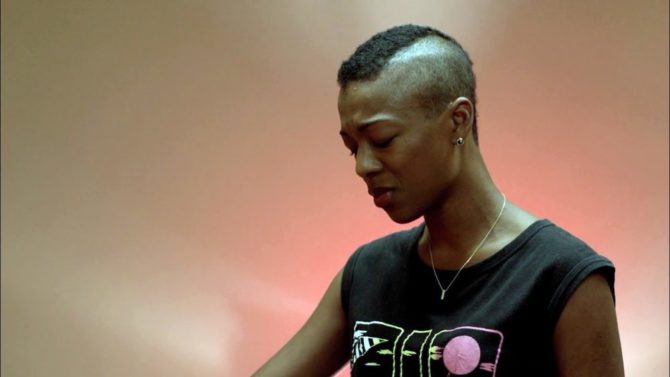 Emmy winner Samira Wiley has opened up about coming out…and the awful toll it took on her.

Wiley had a break out role as Poussey on the Netflix series Orange is the New Black, joining the show in 2013. Though she played Poussey as a gay woman, she had yet to go public with her own sexuality. While working on Orange, Wiley says another cast member “outed” her as a lesbian during an interview.

In an interview with the popular podcast “Nancy,” Wiley opened up about her coming out. “First season I wasn’t out at all,” she explained. “By fourth season I was like ‘come give me your p@ssy!’ But in the beginning, I was playing a gay character, or I always thought of her in that way. But someone from the cast actually, was doing an interview and talking about out gay actors in the cast. They mentioned my name and I saw it in print, and I cried. I cried a lot. I tried to get it taken down.”

Related: Samira Wiley wants to be “the voice that people don’t have in their parents”

The problem, Wiley elaborated, wasn’t being out to the world, but that someone else had outed her rather than coming out to the world herself. “That’s something that somebody took from me, you know?” she says. “You should be able to come out on your own terms, so that was probably a little deeper.”

Wiley has since gone on to play another queer character, Moira, on The Handmaid’s Tale, which scored her an Emmy award. She also married her longtime girlfriend, Lauren Morelli, a writer for OITNB, earlier this year.