Punk-pop rocker, queer rights advocate, mother and all-around badass P!nk reemerges from COVID-19 with this new concert documentary. All I Know So Far chronicles the singer’s “Beautiful Trauma” tour, which saw her jet-setting around the globe and performing aerial stunts while singing…all while playing mother to her two small children, Willow and Jameson. Director Michael Gracey (The Greatest Showman) manages to capture P!nk’s electrifying performances with style, though the real draw here is the behind-the-scenes look at the singer’s rehearsals, and her work as a mom. Husband and dirtbike champion Carey Hart—still handsome at 45—also offers insight into their longtime relationship, though Willow & Jameson are so damn cute they just about steal the movie. In case anybody ever doubted P!nk’s talent, stamina or intelligence, this movie removes all doubt. She’s one Hell of a performer.

Streams on Amazon May 21.

Creator/Star Ryan O’Connell’s sitcom returns this week for a final season. It’s a shame, too—the show has finally found its footing as a terrific comedy. Season 2 catches up with Ryan (played by O’Connell) wrestling with a nasty case of writer’s block when he crosses paths with Tanner (Max Jenkins), a handsome gay man who catches Ryan’s eye. Though Tanner is already in a long-term, open relationship, it becomes clear that he and Ryan have developed feelings for each other that neither can ignore. The new season expands episode runtimes from about 15 minutes to a standard 20-30 minute runtime, and with terrific results: storylines are much more compelling this time out, and we get to know the characters on a deeper level than ever before. With a guest cast that includes Charlie Bennett (Russian Doll, Tales of the City), Leslie Jordan and Ana Ortiz (Ugly Betty) Special Season 2 suggests O’Connell and company still have many more stories to tell about these characters. Though Netflix has officially canceled the series, the new season plays like a perfect argument in favor of a revival. Hey, stranger things have happened.

Streams on Netflix May 20.

The Mistress: Master of None Season 3

Speaking of long-awaited returns, the Aziz Ansari comedy also makes a comeback this season, albeit with a shift in format. Season 3 of the show focuses on the hereto-supporting character Denise, played by the great Lena Waithe. The season focuses on Denise’s longtime relationship with her girlfriend Alicia (Naomi Ackie). Unlike the first two seasons, which focused more on Ansari’s Dev’s struggles with dating and career, Season 3 delves into the woes of a long-term relationship, the challenges couples face to keep their lives fresh, parenthood, and the balance between a creative career and personal obligations. Waithe—who also co-wrote the season with Ansari—proves herself a true leading lady here, though Ansari’s Dev is sorely missed. Here’s hoping Season 4 reunites Waithe & Ansari on screen as well as off.

Streams on Netflix May 21.

Anyone needing a hearty dose of drag—or a trip down Drag Race’s memory lane—won’t want to miss this new series of drag shows which unites some of the most popular alumni. Each show combines a mix of music, dance, fashion and comedy with each queen performing their own 45-minute special for online audiences. Abby OMG, Alaska Thunderf*ck, Cheryl Hole, Denali, Divina De Campo, Ginger Minj, Jackie Beat & Sherry Vine, Jackie Cox, Jan Sport, Jimbo, Jinkx Monsoon, Jujubee, Latrice Royale, Manila Luzon, Miz Cracker, Monét X Change, Nicky Doll, Sederginne, Sharon Needles, Tina Burner, Trixie Mattel and Utica are all on hand to take part in the festival which runs the next two weekends in May. It’s a chance to watch drag favorites shine, and get into the mood for upcoming pride festivities.

Festival runs May 21 to May 23 and May 28 to May 30 with tickets available from SessionsLive.

And speaking of all things drag-tastic, Drag Race vet Sherry Vine channels her inner Carol Burnett with this classic style variety series that combines music, sketch comedy and (what else) drag. In addition to the talents of Ms. Vine, this season also features guest stars Alaska Thunderfuck, Bob The Drag Queen, Bianca Del Rio, Jackie Beat, Monet X Change, Peppermint, Tammie Brown, Varla Jean Merman, Alec Mapa, Candis Cayne, Mario Diaz, and Nadya Ginsburg. For our money, old-school, often camptastic, variety series have gone virtually extinct. What better way to revive the genre than with the comedy stylings of queens of camp? We’ve seen the season premiere, and can say it’s worth staying through the credits, if for no other reason than to watch Sherry Vine & Alaska talk about cruising Twitter for d*ck pics.

Streams on OutTV May 25.

The Destination: The Abbey’s 30th Anniversary 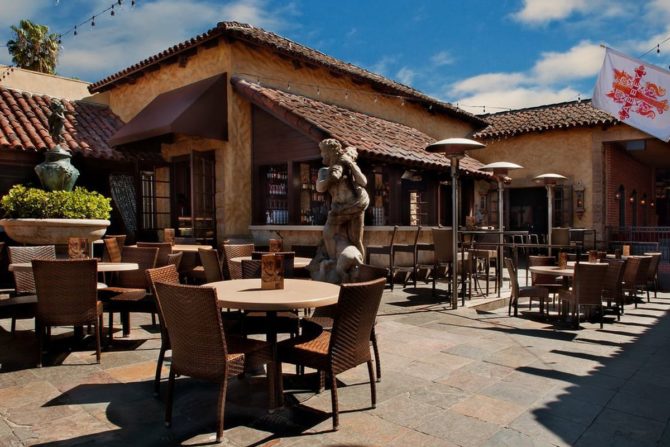 Iconic West Hollywood queer venue The Abbey celebrates 30 years this weekend…not to mention the relaxation of COVID-19 guidelines. Join owner David Cooley and his army of live Djs, bartenders and gogo dancers for a slightly socially distanced celebration of the bar’s history. We don’t know about you but we could really use a drink after the past year. We’re glad to have the Abbey around to quench the thirst.

May 23 at The Abbey West Hollywood. 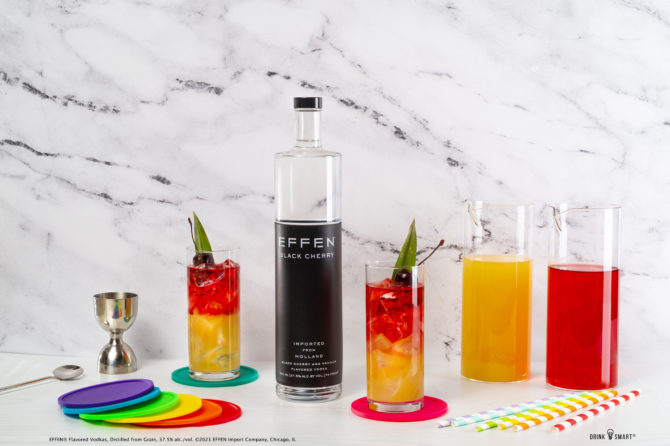 Our friends over at Effen Vodka personally sent along this week’s slippage, a fruity and vibrant vodka-based libation perfect for imbibing on a sunny afternoon. With pride rapidly approaching and the COVID-19 pandemic winding down, we can’t wait to enjoy one with friends.

Mix over ice in a highball glass & serve.