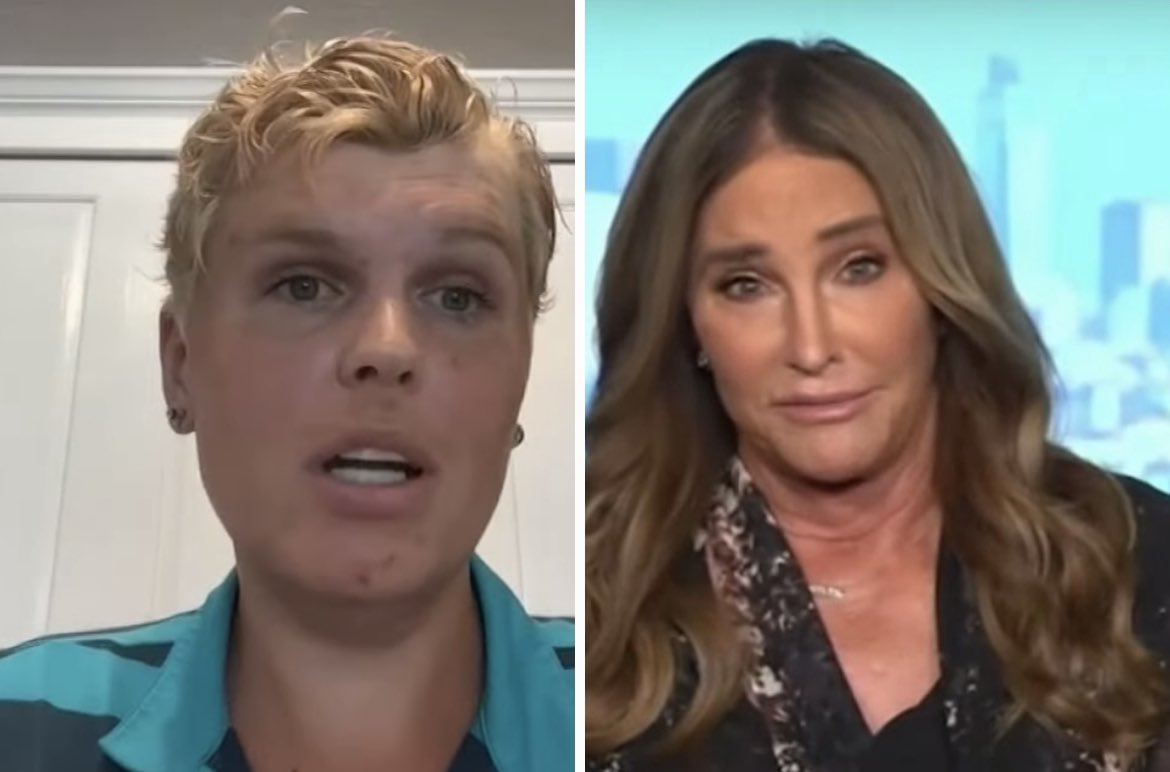 Jenner came out in support of Davidson golfing competitively against other women, saying that she is “playing by the rules”, as opposed to all the other trans athletes that Jenner has been critical of in the past.

This is initially surprising in the face of her previous anti-trans athletics comments. It becomes less surprising, however, with the fact that golf just happens to be Jenner’s sport of choice these days.

In her first interview since the segment aired, Davidson carefully threads the needle of responding to a trans figure supporting her through the use of transphobic rhetoric.

She starts by telling TMZ that she appreciates the support (a point she reiterates throughout that works well to soften her objections).

“The support has been awesome,” she says, though adding that it was “definitely surprising.”

She asserts that she and Jenner “sure disagree on some things,” presumably in regard to other trans people in athletics.

“I would love to talk to her a little bit more about how we are all athletes, and her experience may not be everyone’s experience.

She says that Jenner likely has a much different view as a former decathlete, stating, “With what she was training to do, yeah, I’m pretty sure she’s pretty big and strong.”

“While sports are different, it needs to be treated on more of a human basis. There’s a lot of hypocrisy between what a trans person can be and what a cis female can be.”

Related: Angel Joy Flores is fighting for a world where young trans athletes can chase their dreams

Throughout her defense of Davidson, Jenner constantly made reference to the fact that she didn’t think the golfer was very good compared to her cis counterparts.

Surprisingly, this didn’t seem to be a point of contention — in fact, Davidson is much more upset by the constant overstatement of her abilities.

“I hit it a lot shorter, needless to say, than I thought I ever would,’ Davidson said. ‘The amount of yardage I lost during – you know, I’ve been on hormones for what, seven years?”

That said, even with her recently shortened drive, she still feels that people object to her being any good at all as a golfer.

“I feel like it’s almost wrong for a trans person to hit it as far as I do, but yet, my [cisgender] counterpart, it’s like, ‘oh yeah it’s great, good for them!’ I feel like we just need to put the same standards on everyone.

“I’m a female, she’s a female, we should have the same standards.”

Check out her full response to Caitlyn’s comments here: