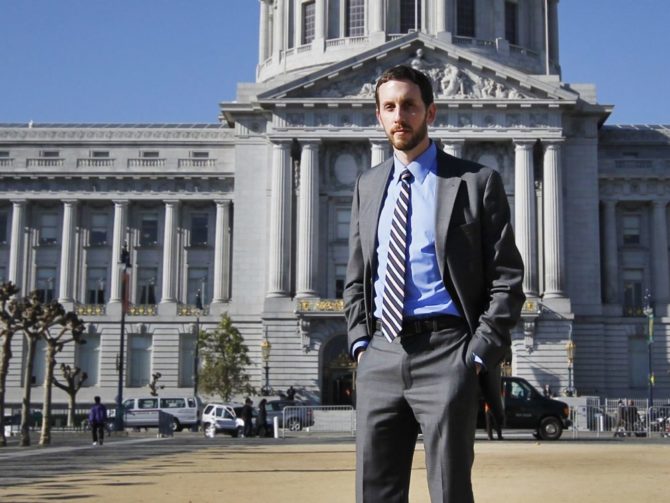 It was not long after he moved to San Francisco’s Castro neighborhood in 1997 that Scott Wiener set his sights on elected office.

He certainly had the credentials. The son of small business owners, he studied on a Fulbright fellowship in Santiago, Chile, and received his law degree from Harvard.

His ascent was rapid. After landing a job as deputy city attorney, Castro voters sent the longtime resident of the ‘hood to the board of supervisors. In 2015, he was elected to the California State Senate, replacing another gay politico, Mark Leno, who is now running for mayor of the city by the bay.

Queerty chatted with Wiener about what makes San Francisco so welcoming, his perfect date nights, and where to hang out in the LGBTQ haven.

How do you feel now about the Castro Street upgrade and redesign?

I’m elated every time I walk down it, which is often: I live few blocks from the intersection of Church & Market. It really changes everything. For the previous 20 years I lived there, we had this incredibly vibrant commercial corridor, an iconic LGBT hood, but these tiny, awkward sidewalks, where God forbid anyone congregate without getting hit by a car. The new trees and fixtures are just beautiful. It’s well worth checking out the historic plaques about the Castro in the sidewalk, much like the Hollywood walk. Redoing the streets for a much better pedestrian experience made it possible to put in rainbow cross walk and the history plaques.

How will the new design for Harvey Milk Plaza contribute to the ‘hood? 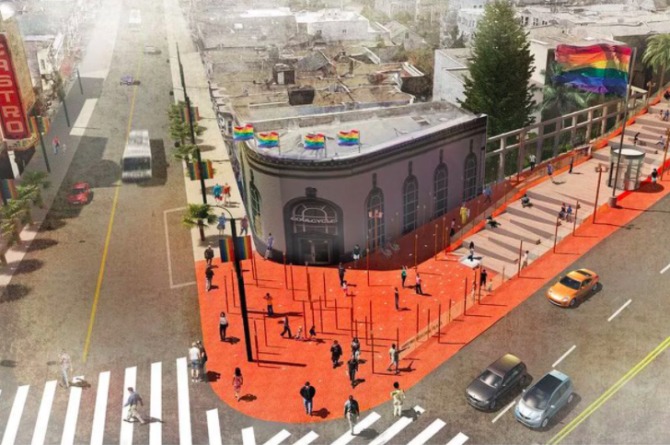 The redesign is the next step in improving the Castro and making it both as welcoming as possible while connecting it to our history. For years, no one has been happy about the plaza, which is basically unusable because there is a hole in the middle of it in the staircase down to MUNI. People visit here and are like What, This is it? This is Harvey Milk Plaza? We can revolutionize the plaza, making it a place to hang out and gather and to protest, to celebrate. There’s still a lot of work to do on the design, and the funding component has to come together, but it’s going to be a lot more functional and welcoming to the world.

Speaking of welcoming, to much of the world San Francisco is a beacon of freedom & liberation

There’s no doubt the city is open to new people, and for a reason. There’s been 150 years of an influx of all backgrounds, countries, religions, parts of the world, whether visitors or locals, so people see welcoming others as not just the right thing but a good thing. This is simply the meaning of the city. Whether people are coming to hang out in our neighborhoods, our waterfront or bars or clubs, we find ways of making them feel they belong here.

Is the Castro assimilating as non-gay people embrace gay life in all its glory?

The bars are still gay bars–I can only think of one that’s mixed. If you are here when the bars are going, you can see it’s pretty gay still. Sure, some gay communities have been diluted, but you really don’t see that in the Castro, where the community is still deeply rooted. But there is a double edged sword here. We want to welcome everyone to the Castro regardless of sexual orientation but we also wan to maintain our identity, our history, as an authentic LGBTQ population. Remember that the Castro has never been gay majority–there have been straight people who lived here forever, it’s always been mixed. The key is more about retaining the welcoming tradition.

Now that you’re commuting to Sacramento, what’s your social life like?

I have to say that Sacramento for me is mostly work, not play. When I’m here in the capitol, I’ll go to a reception or dinner/drinks after work, but it’s most networking. Most days I’m up early to go the gym, work, then hangout with my roommates in the evening. I’m a San Franciscan through and through, though I must say the local Sacramento community is very strong and vibrant, too.

Back in SF, where to you hang out?

I’m 47 now, so I don’t go out as much as I used to, but I still go out for happy hours and then dinner. I love 440, Mix, Hi Tops, Beaux. When I got out in the South of Market Area, I enjoy Powerhouse and Oasis.

Where do you eat?

When I moved here in ’97, there was much less of a restaurant scene. Now there are so many incredible restaurants with diverse cuisines from which to chose. I love Poecia, (so does Oprah, who had been seen there), Mamma Jis, Anchor Oyster Bar. I really enjoy Chow, which as really simple but good comfort food. The staff has been there a while, they are really diverse and friendly, and the restaurant treats them well.

What’s going on with the iconic club The Stud, which is losing its lease? 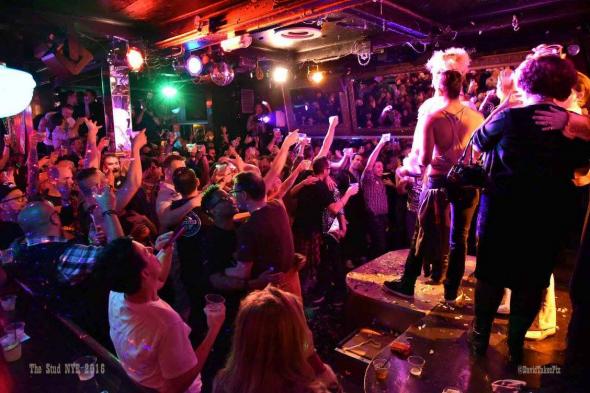 I’m proud of the collective, including Nate Allbee and Honey Mahogany who are working to save The Stud. They are looking for a new location because the building it is in will be redeveloped. I have legislation to allow extend bar service from 2am to 4am, which will benefit nightclubs like The Stud that struggle at the margins. It would give them two extra hours to make money, which for some clubs is the difference between just surviving or thriving.

If my friends and family don’t stay on my sofa bed, I put them up at Parker House Guest House in the Castro. Beck’s Motor Lodge has a reputation as a sex hotel, but now it’s under new ownership, cleaned up a lot, and it’s a great place to stay, and so perfectly located.

We hear you are single. What’s a perfect date night in SF?

I’m single and dating, welcome to my life. For me the perfect date is meeting for drinks and a casual dinner usually outside the Castro so I won’t be recognized. I usually like it when people come by and say hi, but dates are not looking for that so I head to SOMA. I love the Elbow Room in the Mission, and the bar at the St. Regis Hotel. People have no idea who I am there.

In 2014, you became one of the first public figures, even in San Francisco, to announce that you were taking PrEP, the anti-retroviral drug that prevents HIV infection.

I feel great about doing that. Before I made the announcement, I thought about it for a few months. I didn’t know what to expect, and a lot of my friends told me it could potentially backfire and I would be judged. Instead, it was a significantly more positive experience than I’d imagined, with literally 99 percent positive response from straight and gay people alike. I got emails from gay men who said, thanks for saying this, I had been too ashamed to tell anyone. Others said it made them think they should be on it, too. I even got emails from parents who said they wanted to talk to their gay sons about it. Sure there was the cadre of Trump trolls who stalked me on Twitter and Facebook, calling me a “Truvada Whore” and the like. But who cares? It felt great to be part of the movement to end new HIV infections, and to be part of the conversation really early on.

I hang out as much as when I when I was in my 20s and 30s, but it’s really nice there on a sunny Saturday or Sunday afternoon. It’s even more pleasant now that they fixed the drainage issues, and added new bathrooms.

And, yeah, the gay beach is thriving like never before.