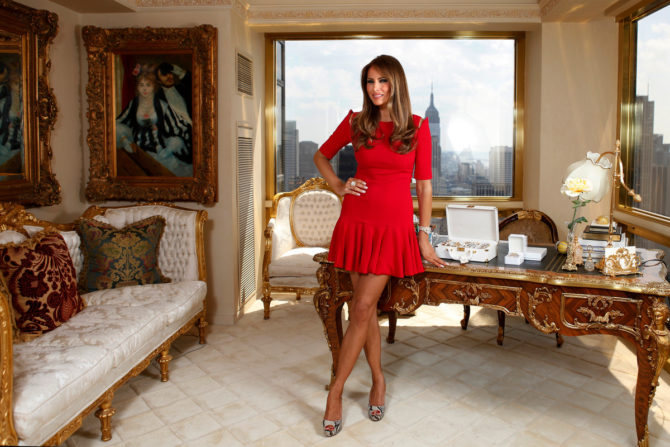 Remember when Donald Trump said Melania and Barron would continue living in New York City until June, then relocate to Washington, D.C. at the end of the school year? Surprise! Turns out that was likely all a bunch of B.S.

“They will reevaluate toward the end of the school year if they will keep this arrangement or if Melania and Barron will move to Washington,” a source close to the family tells US Weekly. “They could go either way right now. They will ultimately do what’s best for Barron.”

Forget America. Their priority is their kid.

CNN reports that if Melania and Barron choose to throw tradition to the wind and live in Manhattan rather than our nation’s capital, it will cost taxpayers at least $1 million per day. That’s $365 million dollars per year, totaling $1.4 billion over the course of four years.

Last week, Trump told the New York Times that his wife and child would “come down on weekends”; however, they didn’t make the 200-mile trip last weekend, granted the airports in New York were a little hectic.

Despite showing little interest in being First Lady, the source assures Us Weekly that Melania is taking her new role very seriously.

“Melania is actively building her team, including hiring a chief of staff, a senior adviser and a social secretary, among other key positions,” the insider says. “While she is a mom first, she is very much embracing the role and responsibilities of First Lady.”