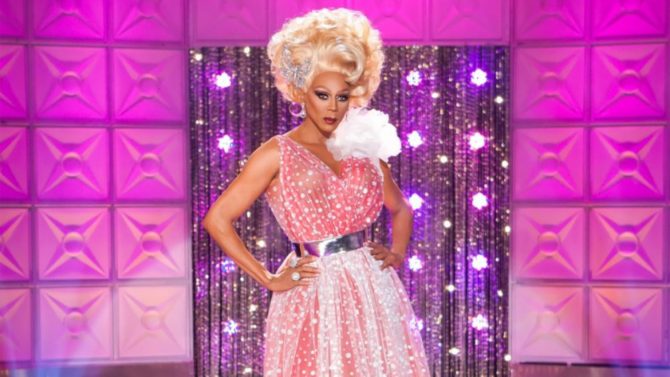 Last week, we learned about a proud pop who asked for a pic of his teen son’s bf so he could show it off around the office.

Now we’re learning about another father who is going about raising his probably-gay son with total class, and we’re so here for it.

A single dad posted to Reddit seeking advice on how to communicate better with his 15-year-old son… who happens to be a big Drag Race fan.

While cleaning his son’s room one day, Dad noticed an episode of Drag Race paused on Netflix, and began to connect the dots as to why he kept hearing new phrases like “gagging” and “shade” from his son.

Here’s what he posted:

My 15 year old has a tough time at school, being shy and having a stutter.

I was cleaning up his room while he was in the shower and I need this show (rupaul) was paused on Netflix. He has been using different kind of phrases like “the shade” and “I’m gagging” (that one worried me at first). I googled the shade and found it was a drag term but I didn’t understand it.

Is there any advice you can give me? I won’t embarrass him and start quoting the show but when he said he was “gagging” I had no idea how to react. I would like to know how to react. I was hoping I could get a crash course on this sort of chat.

Any tips would be awesome and any stories or general advice would help.

I’m sure he is gay too for other reasons.

TL;DR single dad looking for help on rupaul chat for my son who isn’t out.

Edit-thank you so much for the mostly positive response.

Edit-I’ve tried to respond to everyone but sorry if I missed anyone. I’m overwhelmed by how kind you have all been!

And here’s some of the advice he received:

“I love this ! i can’t relate to being a parent but i’ve definitely been in your sons position, give him space and let him grow but always reassure him that you’ll be there him because it’s so easy to convince yourself that nobody loves you, i wish you luck!”

“As a closeted teenager in a similar situation I would say you just have to make sure you are okay with who he is. You don’t have to down right say it but if LGBT issues ever come up in the news or anything just heavily imply that you would be supportive. Personally, I wouldn’t watch the show if you don’t want to because it might make him feel like you are invading his privacy and he probably wants it to be his thing.”

Maybe we’ll get an update soon on which advice he followed, and how things are going around the house.

You can find the full, extensive thread here.