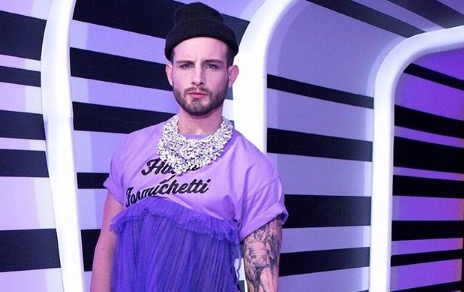 Queer model/actor Nico Tortorella has opened up about the time they made Ashton Kutcher really, really mad for snorting cocaine at a cast party.

The revelation comes as part of Tortorella’s new memoir Space Between. The actor, who identifies as non-binary and prefers they/them pronouns, recalls an incident that happened during the short-lived series The Beautiful Life in 2009.

Just after doing cocaine in the bathroom, they approached Kutcher for career advice. (Great timing, Nico!)

Kutcher’s advice: “Don’t put anything up your nose.”

“I’d literally just come out of the bathroom from doing a handful of key bumps,” Tortorella writes in their memoir.

“Ashton’s a smart dude, and he very quickly realized I was high. He got in my face and started yelling at me, telling me I was flushing my entire career down my nose in front of everyone, including Demi Moore and Bruce Willis.”

Tortorella sent an email of apology to Kutcher the following morning, who responded with a curt email of his own. “Life is not a dress rehearsal, Nico.” Kutcher replied. “You either show up, or you’re out.”

Tortorella then goes on to fault Kutcher for his lack of sensitivity over the incident.

“Should I have been doing those things around my bosses at that moment?” they wonder. “No, probably not. But if he or anyone in that moment actually cared about me, there would have been a way to sit down and have that conversation in a meaningful, helpful manner.

Tortorella adds, “But, you know, could have used a little bit more help there, bud.”

Hmmm. We’d say Kutcher was actually being pretty helpful when he didn’t fire Tortorella on the spot for doing illegal drugs at a work function.

Tortorella currently stars on a new as-yet-untitled spinoff of The Walking Dead, set to debut next year.

Related: Nico Tortorella makes a big announcement about his career