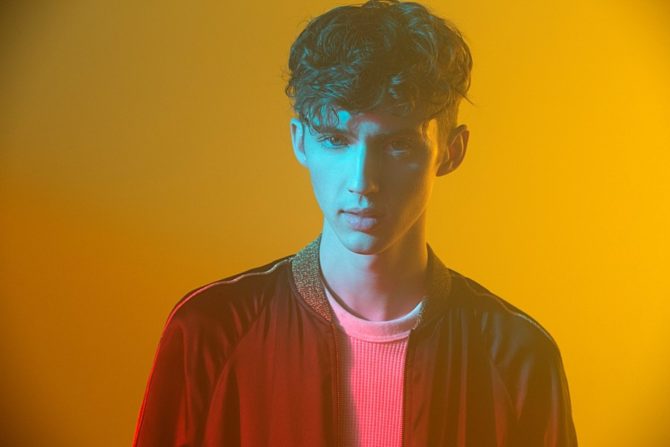 Here’s something that might make you feel better: Not even Troye Sivan is immune to the occasional date from hell.

In a candid new interview with PopCrush, 22-year-old Troye, who is currently nominated for favorite musician in the 2018 Queerties, recalls a particularly awkward date he went on a few years back.

He and the guy were hanging out when all of a sudden the dude whipped out his cellphone then started browsing guys on Grindr.

Related: Troye Sivan’s fans are freaking out for the DUMBEST reason imaginable

Dating, Troye says, was a lot “scarier” back then. Now that he’s a budding superstar, however, the game has gotten a little easier.

But don’t get to excited, fellas, because he’s currently dating model Jacob Bixenman, and they’re totally in love.

“I am definitely a serial monogamist,” Troye says. “I don’t really know. I’ve only ever had a couple of relationships, but they’ve been one after the other.”

Here are some other highlights from the interview…

On how his sexuality impacts his artistry:

I’m gonna definitely continue to be honest in my music and keep writing from my perspective, which happens to be a queer one. And, of course, I wanna keep up any sort of activism work that I do, but I don’t know if I’m necessarily responsible for the conversation around my music being centered around my sexuality. I’ve never had a problem with it. I know some people do, because some people don’t wanna be ever boxed in as anything. I don’t really see the big deal because I am a gay artist, and I’m totally fine to be called a gay artist.

On what fans might be surprised to know about him:

I’m really low-key. I don’t party a lot. I really just like spending time with family and being at home and watching Friends. I feel like it’s the most soothing show in the world because it always just reminds me of my mom. We used to watch it together when I was growing up, so I feel it’s like a hug every time I watch it.

On how he wants to be remembered: