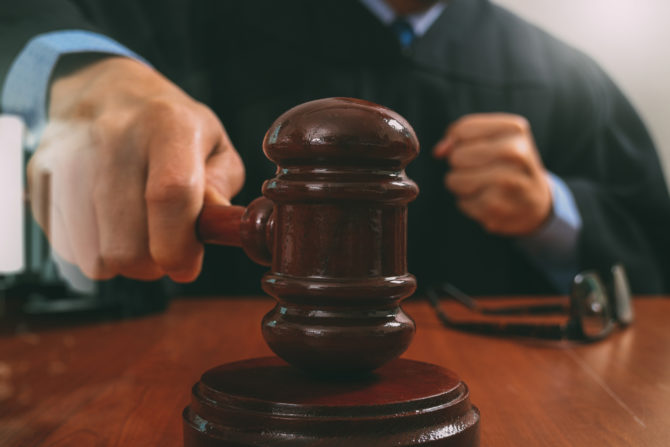 Another big loss for the Trump and friends.

The U.S. Court of Appeals for the 2nd Circuit just overruled the Trump administration’s claims that it’s totally 100% legal to fire somebody for being gay, ruling that civil rights laws protect gay people from workplace discrimination.

According to court documents, Zarda was terminated from his job as a skydiving instructor in 2010 after being subjected to homophobic jokes from his coworkers and complaints from a female client.

Well, the court just rebuked those claims, making for a historic moment in the LGBTQ community.

Related: This banker was fired right after sharing his engagement photos online

The judges said, “We now hold that sexual orientation discrimination constitutes a form of discrimination ‘because of sex’, in violation of Title VII.”

“We therefore vacate the district court’s judgment on the Title VII claim and remand for further proceedings consistent with this opinion.”

Sadly, Zarda was not able to see the victory. He passed away in a skydiving accident shortly after the litigation against his former employer began.

“Today’s victory is a wonderful step forward for the country as a growing number of Americans take a stand against anti-L.G.B.T.Q. employment discrimination,” he said in a statement. “I wish Don were here to see how he and his case have advanced the movement for LGBTQ equality.”

Related: NYC waiter claims he was fired from Buddakan for being HIV-positive