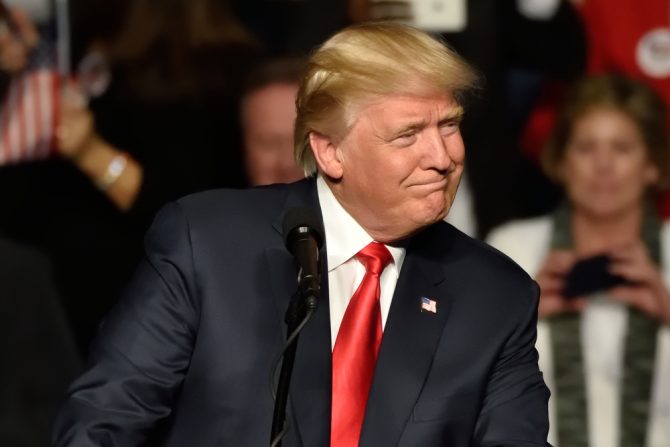 Making a nation reach for anti-nausea drugs, Donald Trump has tried to advocate his ban on transgender people serving in the military by claiming they take too many drugs.

In an interview with British muckraker Piers Morgan, Morgan confronted Trump about the hypocrisy of claiming to support the LGBTQ community while banning transgender servicemen. “They take massive amounts of drugs—they have to—and you’re not allowed to take drugs,” Trump said of transgender soldiers. “I’m proud of them, but you have to have a standard, and you have to stick by that standard, and we have a great military, and I want to keep it that way.”

Related: Trump administration will give homeless shelters the right to turn away transgender people

Morgan immediately pointed out to Trump that taking medication is not, in fact, banned under military policy. Trump complained that the cost of hormone therapy is too high to afford, though Morgan corrected him yet again. In fact, the armed forces routinely spend much larger amounts on drugs for erectile dysfunction than on hormones.

Trump’s response: “I didn’t know that.”

Budget reports show that the armed forces spend only about $8 million on transgender-related medical care per year. That figure shrinks compared to an overall budget of $50 billion devoted to military healthcare. Earlier this month, Trump tweeted that he supports LGBTQ equality in honor of Pride Month, though his policies clearly dictate otherwise.

'You have to have a standard and you have to stick by that standard.'

The POTUS defends his decision to ban transgender people from serving in the military.@piersmorgan | #GMBTrump pic.twitter.com/heBUjhwiUH