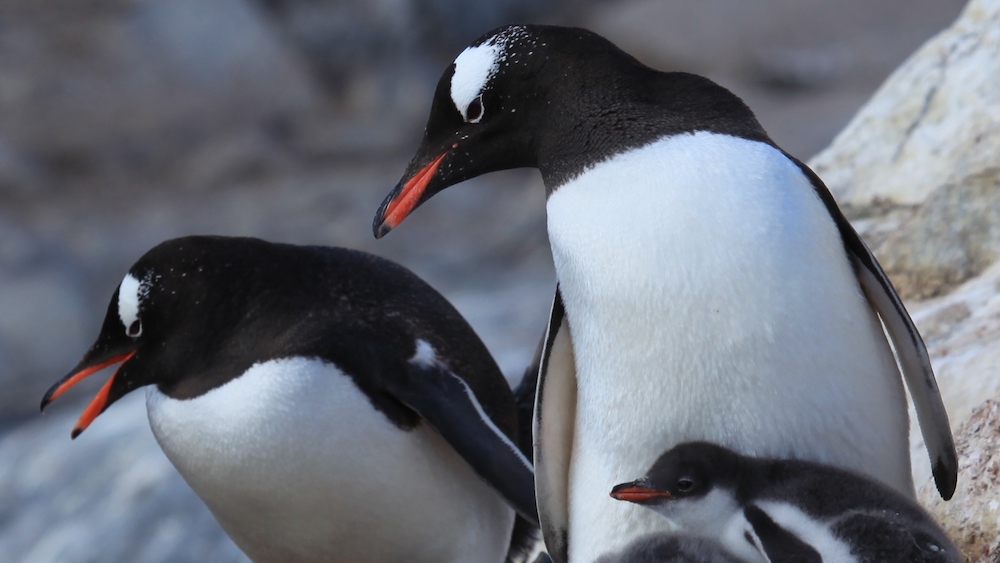 It seems like penguins are vying to become the mascot for gay parents everywhere.

The queer Gentoo penguins, named Sphen and Magic, started spending time together during last breeding season, often walking and swimming together. When zookeepers noticed the couple building a nest out of pebbles, they gave them a fake egg to care for.

Gentoo penguins typically spend their time sitting on their eggs while their partners patrol the area to keep thieves and chick-nappers away.

After witnessing Sphen and Magic’s good parenting skills, zookeepers decided to give them another couple’s second egg. Now Sphen and Magic are raising it as their own.

Twitter users are in love with the new penguin couple:

GAY PENGUINS IS ALL IVE EVER NEEDED IN LIFE

gay penguins hatching an egg together… life is good

Others are mocking the idea of social conservatives getting angry over the gay penguin couple.

I just love the idea that there's homophobes out there genuinely angry that penguins might be gay.
Penguins just waddling along. Doing their stuff. They don't give a fuck.

People… are actually upset over two gay penguins… what the hell. Listen, animals have been mating way longer than we've ever existed; homosexuality IS natural. It occurs in nature. Get over it. Quit trying to deny that it's not "normal". It's not normal by YOUR standards.

Granted, Sphen and Magic aren’t the first same-sex penguin couple, not by a long shot.

There’s also Inca and Rayas, two male Gentoo penguins who raised a chick at Madrid’s Faunia Park; Z and Vielpunkt, the same-sex penguin couple who became fathers at a German zoo; and, of course, Roy and Silo, the New York City penguin couple whose chick-reading inspired the children’s book And Tango Makes Three (a book that absolutely freaks out conservatives.)

We hope Sphen and Magic show the world just how great same-sex parents can be.