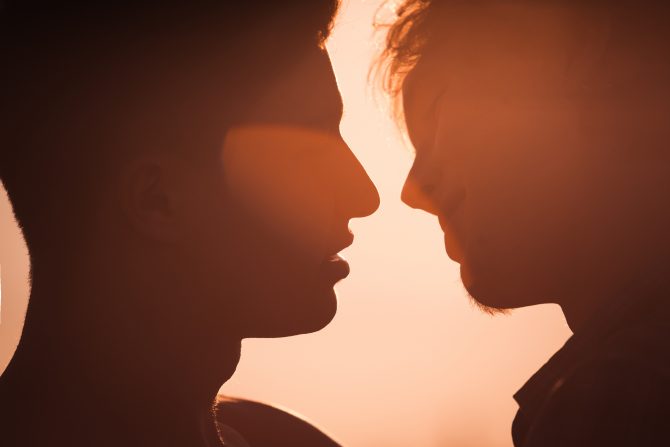 A TikTok user named Joel — who has racked up more than 201,000 followers under his handle @joeliverr — made a gay love story that’s shorter than the average TV commercial, and the cute clip has gotten more than 2.6 million likes on the platform.

In the video, Joel and three friends play a game in which they go in a circle pointing at each other as the Kina song “Can We Kiss Forever?” plays and whoever is the last to be pointed at when the beat drops has to phone their crush. That person ends up being Joel’s male friend. The dude starts dialing a number in his phone, and lo and behold, Joel’s phone starts ringing.

Joel: “Why you calling me?”

And with that, the Joel grabs his pal’s face and goes in for a kiss — as one of their female friends squeals with surprise from the backseat.

Lots of viewers swooned over the clip. “I wish this would happen to me,” one wrote on Reddit. “Ugh, same,” another replied. “I’m so happy for them,” a commenter wrote. Quoth another: “They are so cute.”

Related: Did the ‘gay’ high school couple in those viral TikToks queer-bait us?

The bummer? The video was all staged, presumably for views. In his next TikTok, Joel asserted neither he nor his pal is gay — in fact, his girlfriend was one of the other friends in the clip — but he does “support people who are,” he says. So there’s that, at least.

Plus, the viral video seems to have inspired some BTS slash fan fiction.