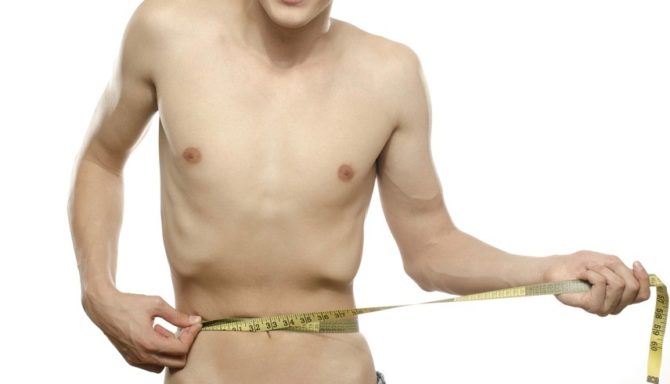 But body image issues and body shaming doesn’t just affect larger guys who may fall under the “overweight” category. It can be just as challenging for skinnier guys who are “underweight.” A writer at Gay Star News details his experiences with “skinny-shaming” as a 23-year-old, 5’8, 114-pound gay man.

“Sometimes when I look in the mirror, I see this skinny runt covered in tattoos and piercings with very little muscle,” he writes. “Narrow wrists and ankles, thin body and, when I lift my arms, I can see my ribcage sometimes. My brother calls me things like pipe cleaner, snowflake and magic wand.”

The man explains that he’s tried everything to put on weight, but his “turbo charged metabolism” makes it nearly impossible.

“People have asked me to my face if I have an eating disorder,” he explains. “Once on a blind date, the guy I was on a date with asked me if I was anorexic. He said I looked like I hadn’t eaten in days.”

But the criticism doesn’t just come from strangers. The man also hears it from his family and friends.

“My friends used to say I was like Cassie from Skins: I’m thin, was blond and looked like I never ate,” he writes. “People continue to make remarks about my weight, even my own family. … My parents often tell me that I’m too skinny and that I don’t eat enough.”

“Body shaming is wrong: whether you’re big or thin,” he says. “We should be encouraged to embrace ourselves.”

He continues: “I am slowly getting more comfortable in my own skin again but like I said, I have those rare moments of doubt and discomfort.”