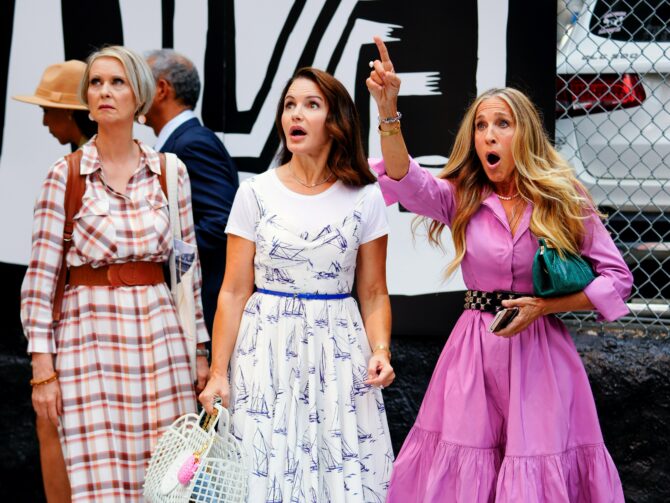 The ongoing polarized reception to HBO Max’s Sex and the City spinoff And Just Like That has taken another strange and unexpected turn. A new report suggests that while HBO Max is keen for another season, the creative minds behind the show may not be sold on the idea.

TVLine reports that head writer Michael Patrick King and star Sarah Jessica Parker have not yet agreed to another season of the show, and that no plans for a Season 2 can begin until they do.

Bloys added that And Just Like That scored the biggest ratings for any HBO Max show to date, so execs are “excited” about its future, “but we’re just letting them have their process and think about the show and what they want to do.”

TVLine also reports the busy schedule of the show’s actors also poses a major hurdle. Most notably, actress Cynthia Nixon also has commitments to a lead role in the new hit The Gilded Age, as well as a future second season of Ratched.

And Just Like That has left audiences divided. Longtime fans of Sex and the City have groused over the absence of the character of Samantha Jones, as actress Kim Cattrall refused to return for the new show. The decision to kill off Carrie’s (Parker) longtime beau Big (Chris Noth) also ignited hot criticism and later charges of sexual assault against the actor did little to help the show’s positive public relations. And the inclusion of the new character Che Diaz (Sara Ramierez) and the character Miranda (Nixon) coming out as a lesbian have also invited major backlash, with right-wing viewers attacking the show for “wokeness” and more apolitical viewers attacking their storyline as forced.

Frankly, we can’t help wonder: maybe HBO Max is better off quitting while they’re ahead?

Related: All the backstage drama that made us wonder, is ‘And Just Like That’ actually cursed?