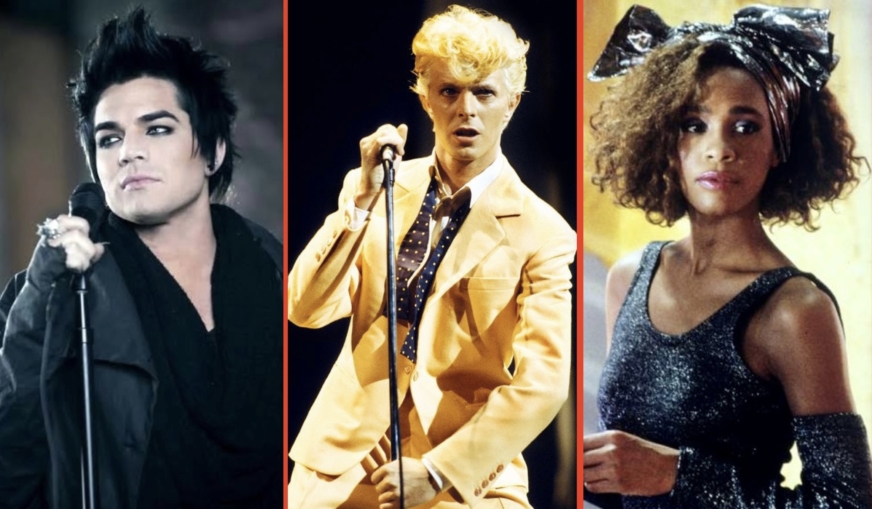 It’s been a week of recovering after the tragic events in Colorado Springs on Sunday that left us all reeling. Thankfully, we’ve had some good fun to distract us. A new White Lotus addition gave us an eyeful, Shangela gave her all on Dancing With the Stars, and we reminisced about a song that taught us what to truly be thankful for.

This week in queer music history was full of jams that piqued our gratitude as well. A spread of soul, pop, and the lightest of emo rock make this batch of tracks a set to remember.

From an American Idol to the popstar title, here’s your weekly bop rewind:

The Queen of Soul absolutely did not suffer fools, but in this Don Covay-penned single from ’67, she apparently found herself among that number. The “my man’s been messing around on me, but I’ve got it bad” genre was a little too prevalent back in the day, but gosh, if it didn’t make for some hits. It’s hard to imagine this grand diva would ever let a man keep her on the chain.

Bowie premiered “Golden Years” in a Soul Train performance, years after blowing the stage up with his megahit, “Fame”. Reportedly, the Station to Station era weren’t exactly his own personal golden years. The album, based around his Thin White Duke character, was plagued by controversial statements and heavy drug use. Troubled as this moment was for the figure—even his Soul Train appearance was preceded by a slightly incomprehensible pre-performance Q&A —none of it held him from putting on a hell of a show.

When one says “iconic pop,” “musical excellence,” or “religious text,” “How Will I Know” needs to be a part of the conversation. This boy-crush anthem was originally a Janet Jackson reject, but clearly some higher power just had bigger plans for it. There’s plenty of high-energy pop that makes you want to dance, but something about the spryness of the synths and the innocent obsession Whitney channels in her voice here makes you want to live.

Another track with a good amount of creator struggles surrounding it, “Piece of Me” decided to take the gossip and tabloid fodder on directly. We mourn what Britney endured back in ’07, and rightly so, but the “you’re all obsessed with me, get a job” energy she put in this track is still galvanizing. Even while going through what she was, she managed to put out an early-Ke$ha-blueprint kind of hit that still finds itself in any worthwhile “sh*t that makes the gays go wild” playlist.

There’s a beautifully specific experience of being a young gay and staring out the school bus window while listening to this song that made you feel the weight of the gay rights movement directly on your shoulders. With his soaring vocals and undeserved runner-up placement on American Idol, Adam Lambert stormed the young millennial gays. This track was on every major pop radio station, banging on every closet in America, and slipping a thin guyliner pencil under the door.