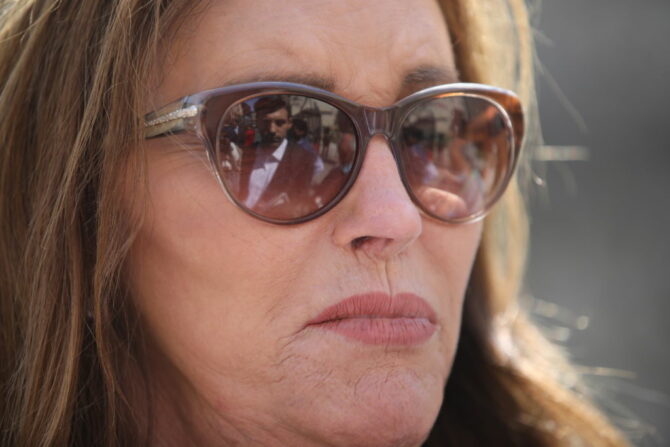 Transgender college swimmer Lia Thomas has become a conservative media lightning rod since joining the University of Pennsylvania women’s swim team last year. Everyone seems to have an opinion about the young athlete, including transphobic transwoman Caitlyn Jenner. Ugh.

Jenner was recently asked by The Daily Mail about what she thought of the 22-year-old swimmer being featured in the latest issue of Sports Illustrated and–surprise!–she was absolutely appalled by it.

“The world’s gone mad,” she said. “It was never meant to be like this.”

Jenner is nothing if not consistent on this issue.

During her ill-fated gubernatorial run in California last year, her two biggest campaign platforms were advocating for homeless people to shipped off to “big open fields” where they can’t “destroy” things and opposing trans athletes competing in sports.

In the interview, Jenner also noted that while Thomas might technically be “following the rules”, she believes “the rules have to change”, since they give certain athletes an unfair advantage over others.

“Here’s an example: I play golf and, seven years after my transition, I still have a big advantage over women players,” she explained.

“I’m 6ft 1in. I have longer arms than the ladies and I can outdrive them by a hundred yards. Even being off testosterone and on oestrogen for seven years now, what I’ve got left over is still more than they’ve ever had. So, it wouldn’t be fair.”

She added, “I’d feel bad taking a trophy away from one of the ladies at our club who really deserves it.”

But she didn’t stop there. Jenner then went on to question how Thomas “can be happy beating other girls under these circumstances.”

“You have to have a sense of personal responsibility. You can still enjoy sports but not play at a competitive level, right?”

Related: Just when we didn’t think the Joe Rogan thing could get any stupider, Caitlyn Jenner entered the chat

What Jenner conveniently left out from her criticism of Thomas was the fact that, at the highly publicized January 2022 meet against University of Pennsylvania and Yale, she actually finished 6th place in the 100m freestyle race, losing to Iszac Henig, a female-to-male transitioning athlete.

The 72-year-old reality star, who is has been an outspoken advocate for transphobic comics Dave Chappelle and Joe Rogan and TERF children’s author JK Rowling, concluded the interview by suggesting that most trans people agree with her, but “there’s a fringe element of the trans community that has a big voice, and their mission is to shut down all other opinions.”

“I have a large platform, so nobody’s going to shut me up,” she said. “We can’t bow down to the woke people who want to change the world.”

According to Sports Illustrated, Thomas is now preparing to apply for law school and plans to swim at the 2024 Summer Olympics trials.